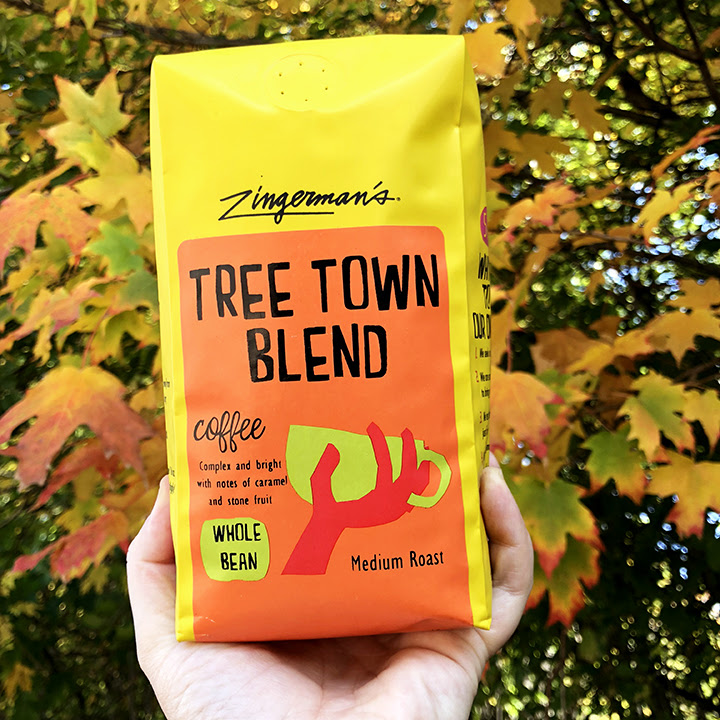 A fantastically flavorful cup of coffee that does the town proud.

Looking for a good coffee to perk up your mornings this month? Something to mark the start of September, welcome autumn, and sip while you watch the leaves start to change color? The 2020 release of our annual, early-autumn Tree Town Blend would be a particularly terrific way to do it. While the temperatures and the leaves slowly but surely start to fall, Tree Town is on the way up. Steve Mangigian, the Coffee Company’s managing partner, and I both agree—this year’s blend is better than ever!

The story behind the Tree Town name.

Why “Tree Town”? Ann Arbor was founded in 1824, named for the wives of the village’s founders, both named Ann, and the stands of burr oak trees. That fall the U.S. held its 10th election for President. Voting lasted five weeks, from late October through December 1. No candidate won a majority of the votes and the election was turned over to Congress, where John Quincy Adams was elected. The “Tree Town” moniker derived over the years from the high volume of trees in the city. Until the arrival of Europeans, most of this part of the world—originally home to the Ojibwe people—was fully forested. But one of the first acts Europeans often engaged in was to take down large numbers of trees for timber, and then to plow virgin lands in order to farm—most of the city’s original trees were clear cut in the second half the 19th century to use for building here and for sale back east. Fortunately, early in the next century—around the time that Rocco Disderide built what’s now the Deli’s building back in 1902—the city embarked on a reforestation program. Given the positive impact that all those trees have on the aesthetics and ecology of the town, it seems that all of us who live here now ought to give those who led that project a big round of appreciation. The Tree Town blend is a celebration of that beauty.

The flavor profile and why it tastes so good.

Like the town for which it’s named, the Tree Town Blend is wonderfully well-rounded. And, as is true for Ann Arbor, its personality features contributions from caring sources from around the world—in this case, coffee beans Brazil, Guatemala, and Tanzania. The base is the Daterra espresso blend we get from the Pascoal family in Brazil. To that we’re adding coffee from a wonderful “crop to cup” lot we took possession of last month from Tanzania. And the whole thing is rounded out with some of that great Guatemala Esperanza (read more here…scroll down).

The result is a seriously tasty cup of coffee with a clean base of chocolate and caramel. It’s kind of cocoa-y, a bit nutty, remarkably smooth, and complex in a way that hints at dark plums. I’ve tried the Tree Town blend in all the brew methods at the Coffee Company and all have been pretty terrific. The Clever brewing was my favorite, but test them out and see what you like. You can drink a lot of it. As Steve says, “It’s not overpowering, and you could sip it long and slow all day. I love it.”

Check out our full coffee list on our Roadshow Menu.