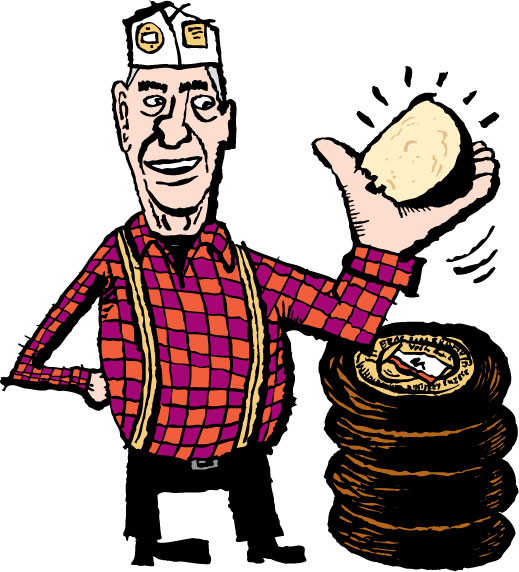 Monterey Jack has its roots in the cheesemaking traditions of Spain. As Spanish Franciscan friars moved their way up the coast in the 18th and 19th centuries they established the series of missions that still dot the California countryside. With them they brought their recipe for “queso blanco,” the fresh white cheese of their homeland.

In 1882, a Scot by the name of David Jacks began to produce large quantities of this traditional cheese, delivering it to the growing community of miners arriving to prospect for gold. His cheese became so famous that it came to be known by his name, “Monterey Jacks”. The “s” got lost somewhere along the line, but the cheese remained.

Made by hand and aged for only a few weeks, real Monterey Jack is mild, but flavorful, with a delicate milky flavor. Properly made, it will get softer and creamier as it matures. A few weeks out, it will be softer than it was when it started (which is already much softer than the rubbery, mass-produced cheese), creamier and more flavorful, almost spreadable. Real Monterey Jack makes a tasty melting cheese for omelets, pizzas, sandwiches, salads or almost anything else for that matter. Great for Mexican dishes as well.

← Previous: Pimento Cheese Next: Greetings from Wisconsin’s World of Curd →