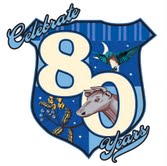 “Oregon! The name conjurs up images of a rough and tumble land nestled in the Pacific North West, a place rich in timber, minerals, and the food of the land.” – Rogue Creamery

Zingerman’s Roadhouse has long had a love affair with the great state of Oregon. Wines from the Willamette Valley have been featured on our wine list since we opened in 2003, great tasting hazelnuts served with our desserts and of course, cheese from the Rogue River Valley.

We welcome cheesemaker David Gremmels, co-owner of Rogue Creamery, to share his passion of great Oregon cheeses. David and his partner, Cary Bryant, have been making Award-Winning cheeses at Rogue Creamery since 2002. Their Rogue River Blue has won Best of Show twice at the American Cheese Society Competition, only the second cheese to be so honored. In 2003, Rogue River Blue was named “Best Blue Cheese in the World” at the World Cheese Awards. Since becoming owners, the Creamery’s cheeses have won more than 100 awards worldwide.

Our menu for the dinner will feature Rogue Creamery cheeses paired with wines from the Willamette Valley and some of our favorite beers from Oregon.