Memphis Mac: The Roadhouse’s Take on a Regional Classic 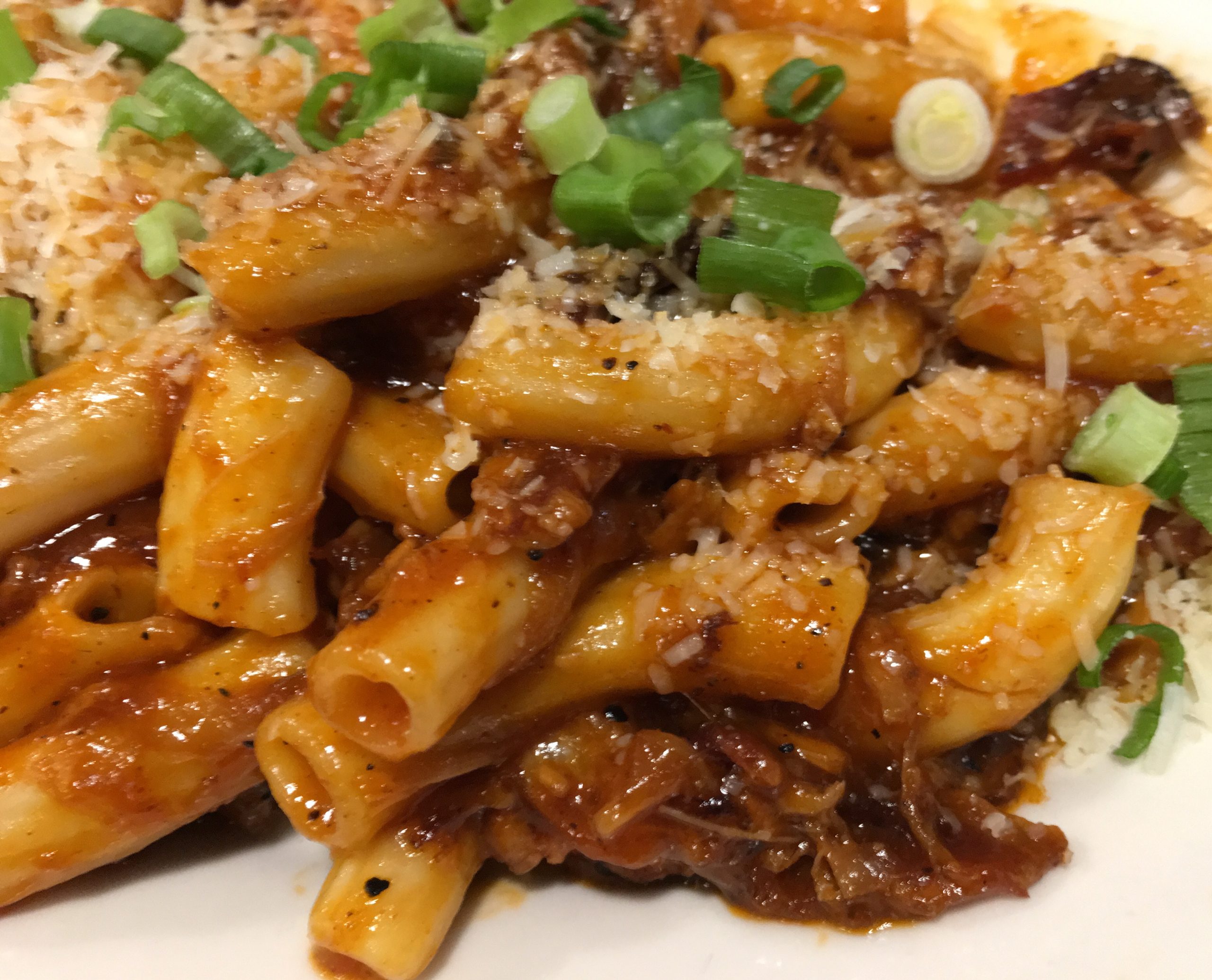 
That’s right, there’s BBQ in our pasta, too.

We know you love our gooey, melty, caramelized Mac & Cheese. Each mac we have on the Roadhouse menu is amazing in its own right. I admit, I lose sleep at night trying to decide which one to have for lunch tomorrow. Every now and then, it’s good to change it up a bit. That’s where our Memphis Mac comes in. 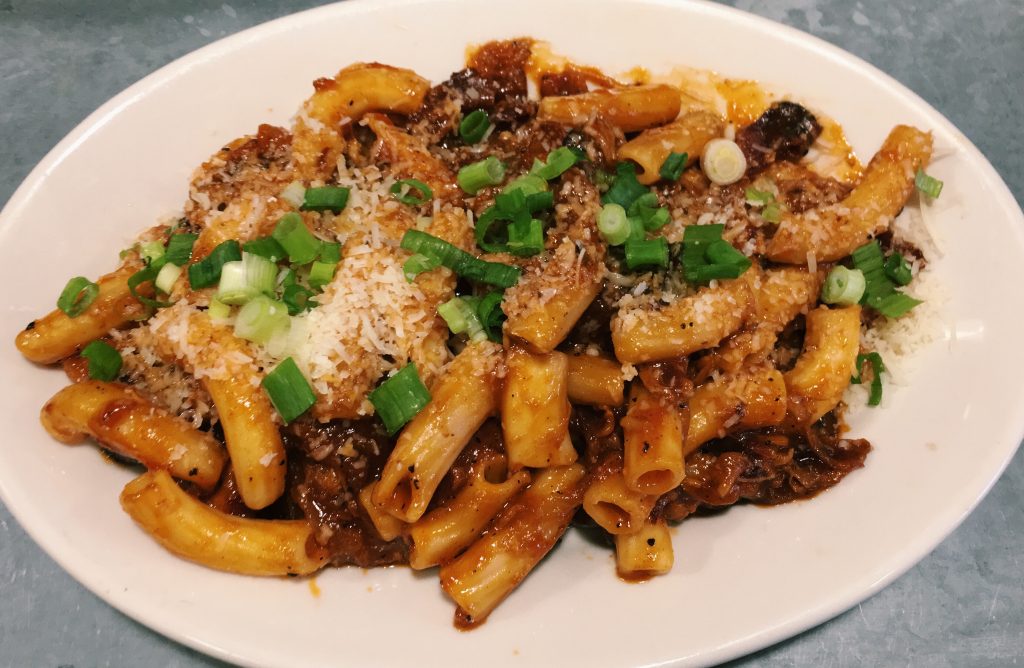 A Mac by another name.

Okay, so our Memphis Mac is not a mac and cheese, really. It’s a spin on a classic Memphis favorite, BBQ Spaghetti. This legendary dish was invented by Vincent Brady, a former railroad cook, who opened a BBQ joint with his wife called Brady and Lil’s. Brady sold his place to a man named Frank Vernon, who turned it into the Bar-B-Q Shop. Vernon inherited the secret recipe, so you can still enjoy it in Memphis to this day. All that is known about the secret recipe is that it involves a smoked red BBQ sauce, pulled pork, and overcooked spaghetti noodles. The dish is smoky and sweet, tender, and smacking of flavor. 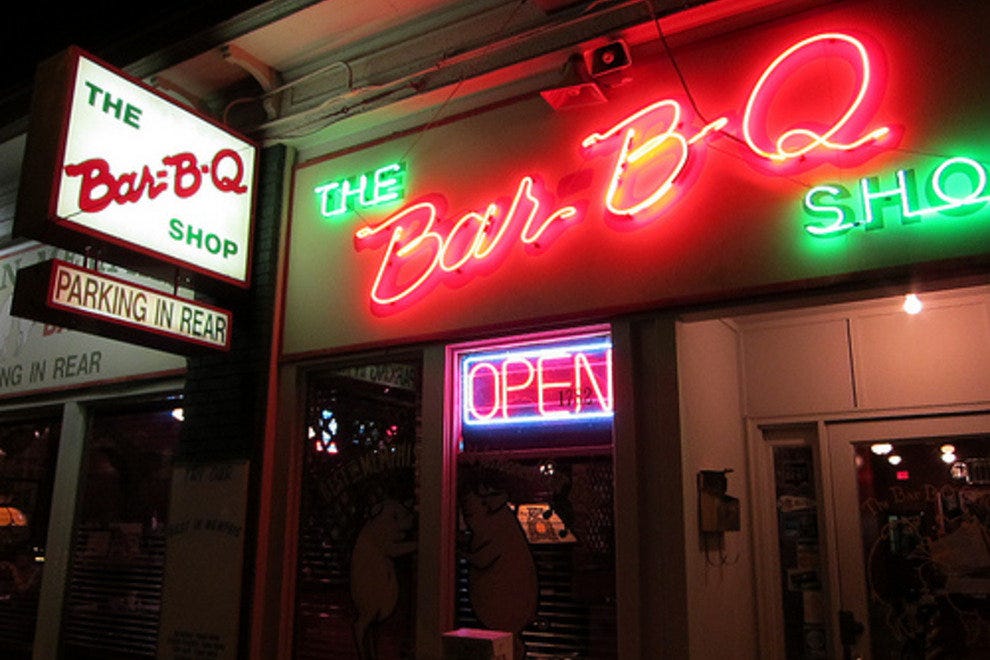 The Bar-B-Q Shop in Memphis.

The secret is in the sauce.

Actually, our Red Rage BBQ sauce is not quite a secret, but it is what makes this mac dish as special as the one that inspired it. It’s a tomato-based sauce made with beer, Turkish Urfa pepper, piquin chili pepper from New Mexico, Telicherry black pepper, coffee, Muscovado brown sugar, cider vinegar, molasses, honey, and chipotle. If you’ve never tried it, all I can say is no one describes it better than Ari Weinzweig:

“The coffee, the dark brown sugar and the beer give it a lot of depth; it’s well balanced – slightly sweet, hot but not too hot, much more than just tomato with chiles and sugar. The Turkish peppers add flavor, not just heat. The sauce is rich and full bodied in a way that reminds me of a good Porter, yet it has no thickening agents added to it. And it’s got a really nice, long finish with a nice heat that creeps up on you, settles softly on top of your tongue and then wanders its way down the back of your throat. Not enough to clear the sinuses (for me at least, but of course, heat is really relative) but enough to make me want another sip of beer.” 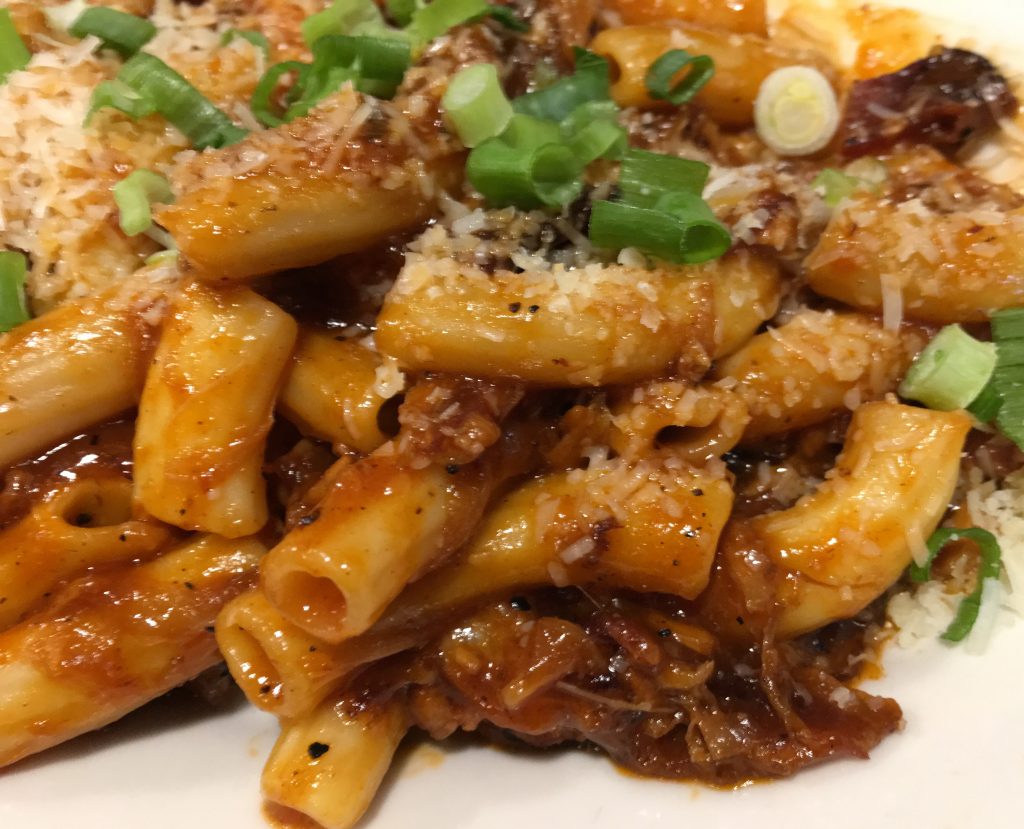 This one deserves a close-up.

Not that there’s anything wrong with spaghetti.

So instead of spaghetti, we use Martelli maccheroni pasta, which is made by a family in Italy using bronze dies. It is hand kneaded with cold water use the best durum wheats, resulting in a porous pasta that soaks up any sauce it is cooked with. Each bite is zesty and tangy because the pasta stands up perfectly to the Red Rage. If you look closely, you can see the sauce inside each noodle. Our pulled pork, smoked for over 14 hours, is tossed in to add that smoky depth of flavor that is integral to the original Memphis recipe. We then top it with Sarvecchio Parmesan cheese from Wisconsin. You know those pictures of the kids with big smiles and sauce all over their faces after they’ve eaten spaghetti? Every time I taste our Memphis Mac, I feel like one of those kids. I can’t get enough. 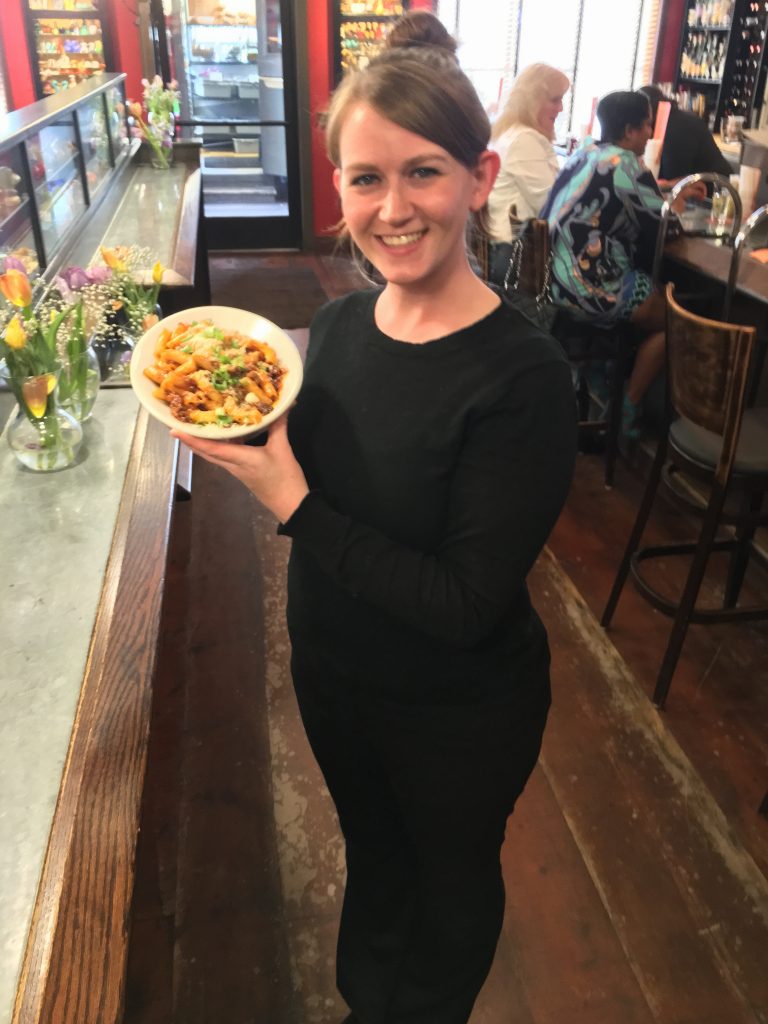 Sisters agree on one thing…

After trying the Memphis BBQ Spaghetti, Ari asked the Roadhouse to put our version on the menu as a special, and people went nuts over it. Due to popular request, we’ve brought it back from time to time, and recently made it a permanent feature on our menu. One of our managers, Rachel Oxender, loves our Memphis Mac more than anything. Her sister, Kathleen Craig, was originally involved with the idea for creating this dish, and the two are our biggest promoters of it.

If you stop into the Roadhouse and are having one of those days where you really just can’t decide between the Mac & Cheese and our BBQ (it’s a challenge, I know), then our Memphis Mac might just be the perfect thing for you.

← Previous: Kenny’s Farmhouse: Where Sweet Dreams are Made of Cheese Next: A Walk in the Woods: Exploring Mushrooms at the Roadhouse →