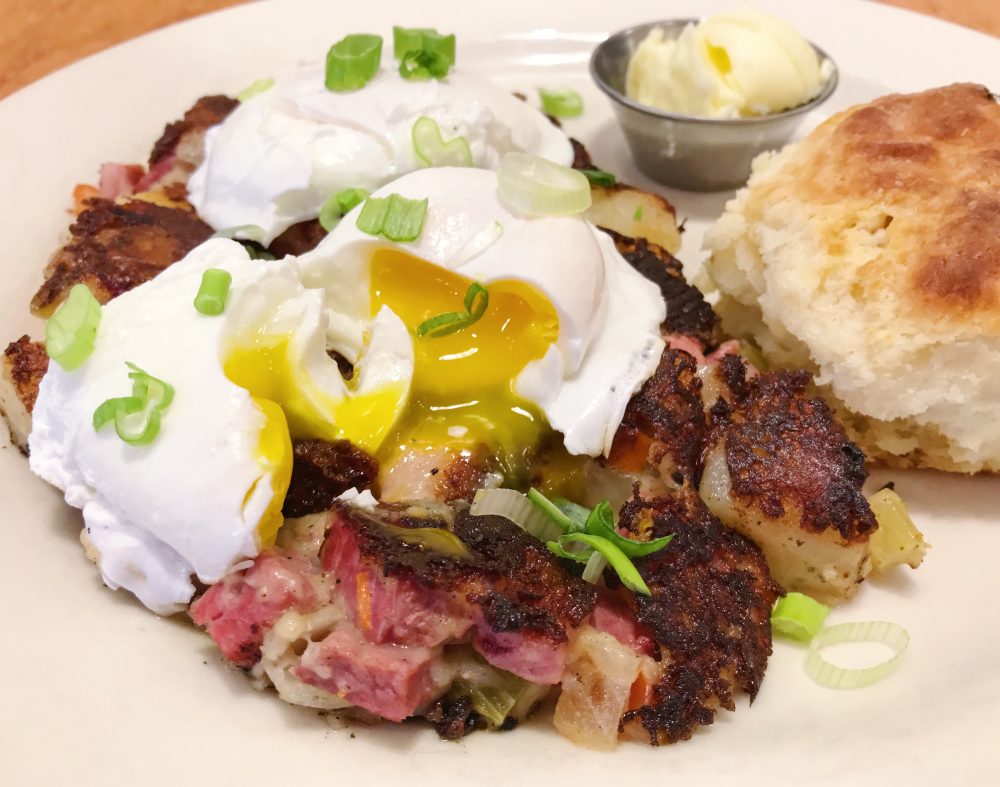 It might just be the best part of your day! 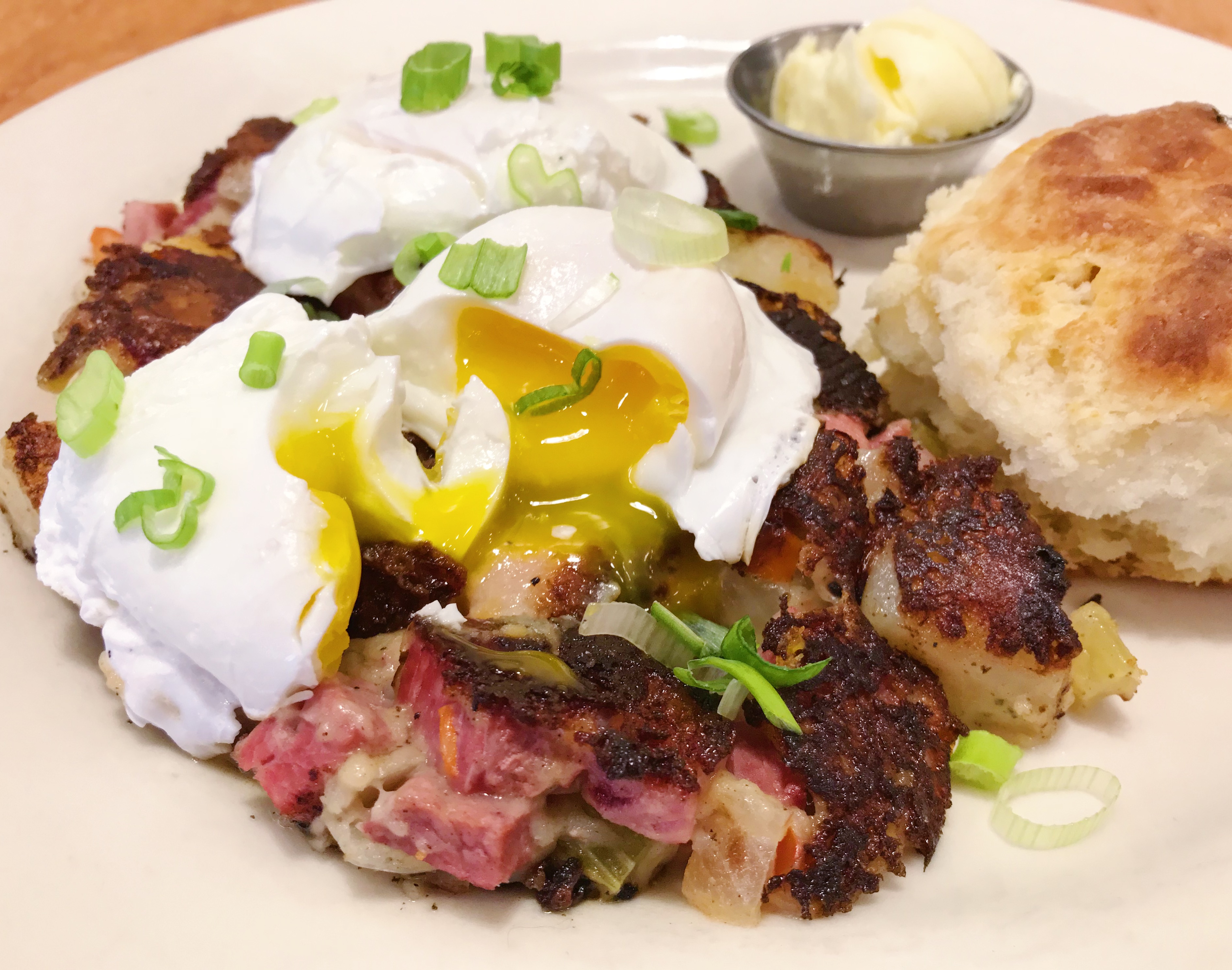 Somewhere in my teens I started branching out and trying new breakfast foods. While bacon will always be my number one, I decided it was time to discover what else my local diner had to offer. While ham steak was a strong contender, corned beef hash very quickly moved into second place. Please understand that we are talking about canned hash, so it was imperative that it was toasted very well on the flat-top to make up for the mushy texture. But as corny as it sounds, I liked the salty-sweet, pickled flavor. Little did I know that I had yet to taste really good corned beef hash, and that I would eventually work for a restaurant that serves a recipe our locals consider “famous”.

At Zingerman’s Roadhouse we call our corned beef hash “famous” because we use only the best ingredients, and we make it from scratch. We use corned beef from United Meats & Deli, started by the Corned Beef King of Detroit, Sy Ginsberg, at the Eastern Market in 1982. It’s the same corned beef that Zingerman’s Deli uses on their sandwiches, and we love United Meats because they are committed to providing the highest quality.

Ari Weinzweig says “Good corned beef has been at the core of our work at Zingerman’s since we opened our doors in 1982! It’s been cured for us to Sy Ginsberg’s recipe for over 36 years now.  Long, slow cooking makes for that really tender mouthwatering texture. And our corned beef hash?  We’ve been making it for so long I can’t really even remember at what point it became a ‘Zingerman’s classic.’ But I do know that it is one!”

The preparation of our hash yields a texture and flavor that is far superior to a canned hash. There is a browned crispness to ours that transitions to a firm yet creamy bite in the center. We mix the diced beef with diced breakfast potatoes, celery, onion, and red pepper, all of which offer more flavor and more structure to the hash. The taste of the beef really comes through in a way that is well-rounded, toasty and buttery. You get a slight, smoky tang from the brine that just lifts the beef flavor without overwhelming it, like the super salty stuff I ate when I was younger.

Can you top that?

Enjoy our corned beef hash with runny eggs, and the yolk adds an extra level of richness. A few of our breakfast servers recommend adding Ari’s pimento cheese on top. The chefs will toast the cheese under the broiler so it is perfectly melted over the hash. Our pimento cheese lends itself really well to any meats on our menu that offer a smokier flavor, and this will give you a just the perfect kick to jump-start your day. With or without the cheese, our corned beef hash is a hearty, belly-warming breakfast that will fuel you for a day full of adventures.

What else do we have for breakfast?

← Previous: Sorghum and Biscuits at the Roadhouse Next: Raye’s Yellow Mustard from Maine →