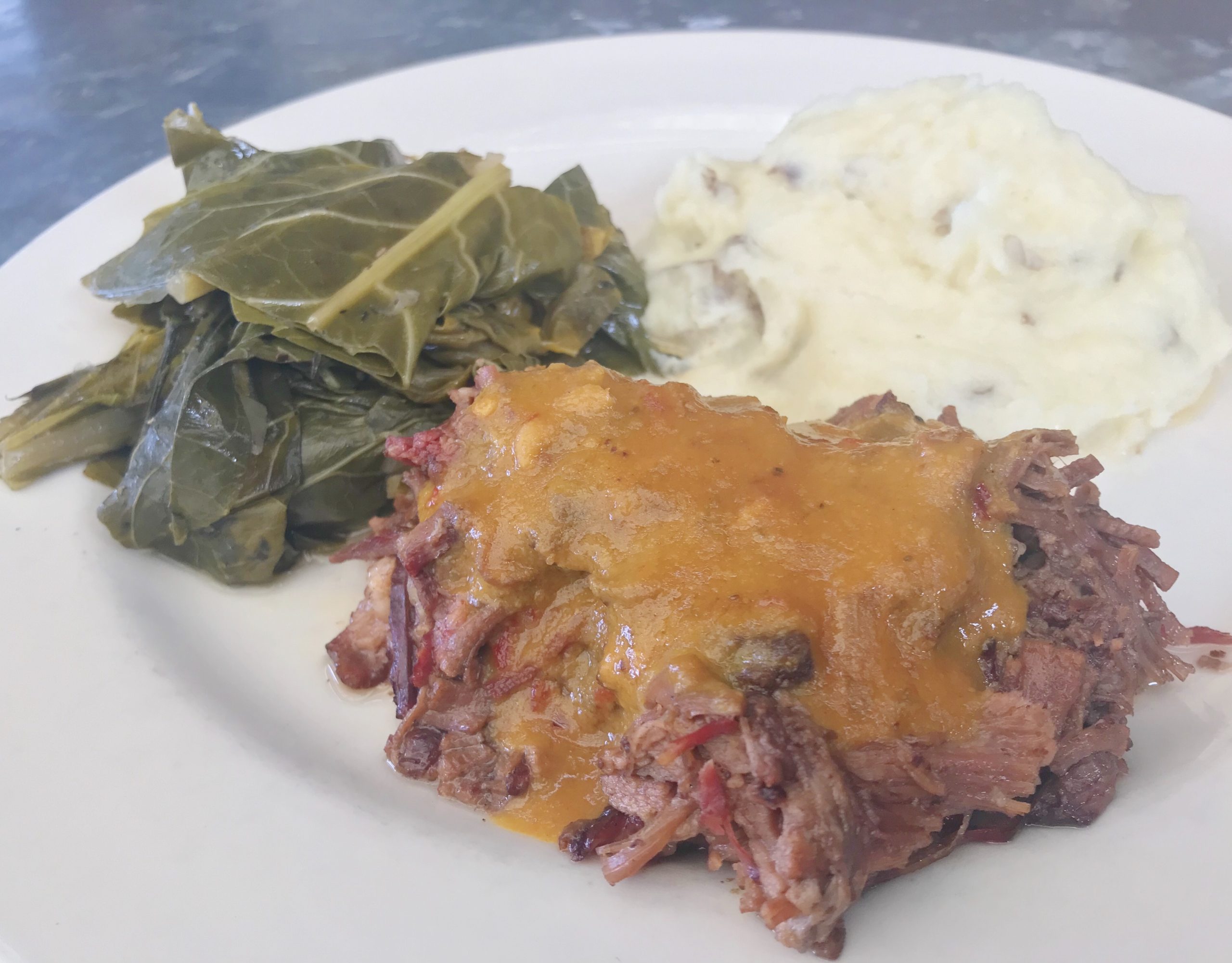 A little-known gem at the Roadhouse 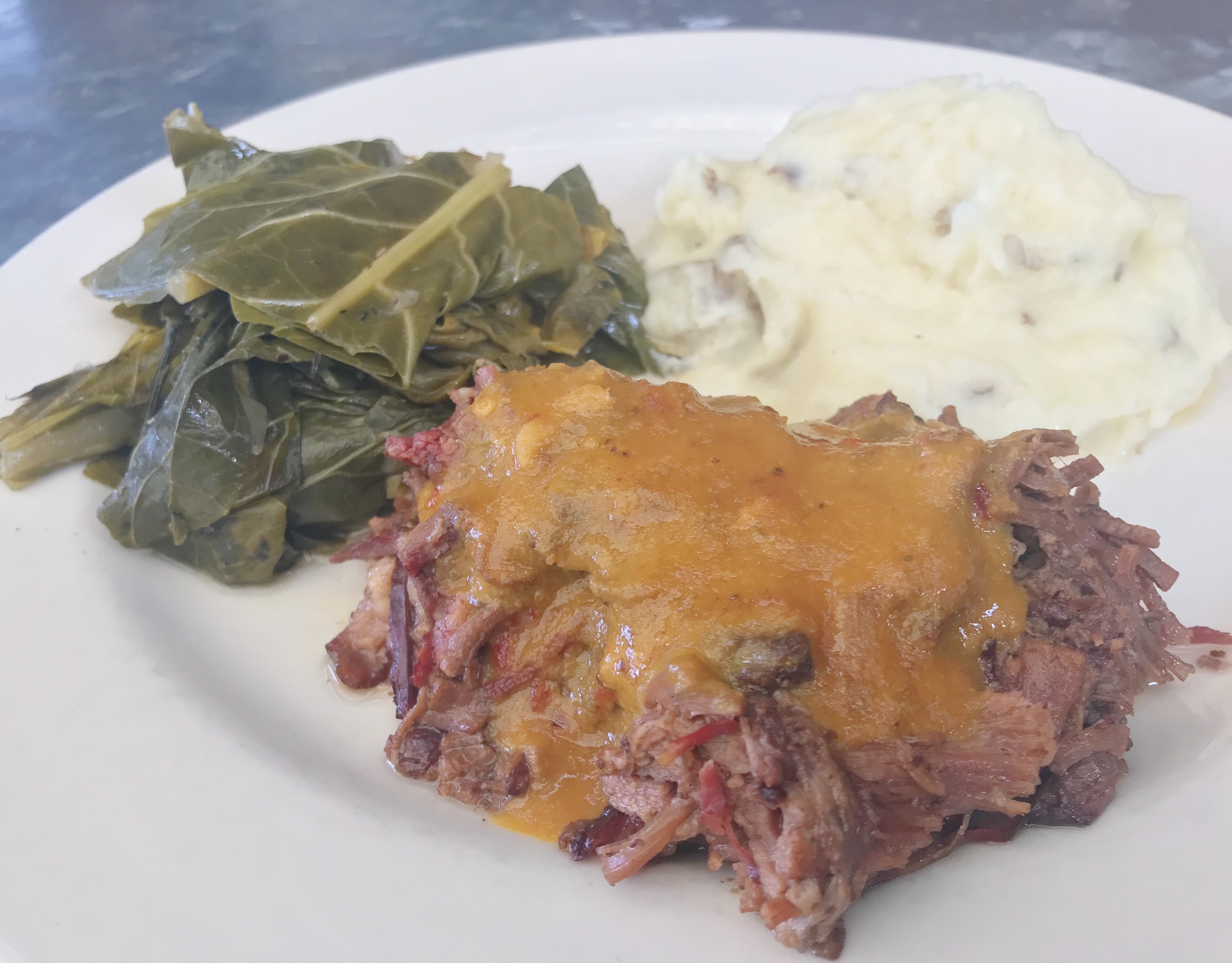 To state what most of you, and certainly, most everyone in the South, already knows, barbecue isn’t just something to eat—it’s tied to a region, to family, to tradition, to politics, to people. Just the other morning I met a customer at the Deli who hails originally from Chapel Hill, NC. She lives now in Birmingham (Michigan, not Alabama) and had only been up to the Deli once before. She was lamenting how she couldn’t find real Eastern Carolina barbecue. She hadn’t been to the Roadhouse yet, so I steered her that way, and I’m hoping that we were able to make her day by serving up the real thing. For the people who grew up with it, barbecue is a big deal!

The #1 seller at the Roadhouse is the Eastern North Carolina vinegar sauce that we started with. It’s right up there with the Red Rage, Memphis-style red sauce that Alex Young spent so many years working to perfect. But, more and more, I personally love this terrific South Carolina mustard sauce. It’s such a great blend of rich, spicy, tangy, terrific-ness that I find myself wanting to put it on almost everything I can think of (more on this in a minute).

While lots of folks in South Carolina are familiar with mustard barbecue, it isn’t necessarily served all over the state.

No one seems very sure of the mustard sauce’s actual origins—one theory I read is that it was tied to the settlement of Germans in the area and their love of good mustard. Germans were actually actively recruited to the South Carolina colony in the first part of the 18th century, and there’s a relatively strong presence to this day. Some of the biggest names in South Carolina mustard barbecue are of German origin—Bessinger, Sweatman, etc.

How do you eat it? Simply put it on terrific whole hog, pulled pork (14 hours on the pit over smoldering oak logs). Great on a sandwich or on a dinner platter! Both are on the menu at the Roadhouse. If you’re up for doing a bit of “off-roading”, you can ask for a couple of things that I think are terrific but aren’t yet regularly on the menu: the South Carolina mustard sauce on the ribs or the Memphis Macaroni with the yellow mustard sauce instead of the Memphis red. Fantastic! Or, order some Eggs in Outrage, but made, again, with South Carolina mustard sauce instead of Red Rage barbecue sauce. Lastly—for the moment—it’s terrific on fish! So with that in mind, come on out and give it a try!

Check our all the BBQ on our menu!

← Previous: Country Peach Pie: A Taste of Summer Next: New and Noteworthy Clam Burger at the Roadhouse →