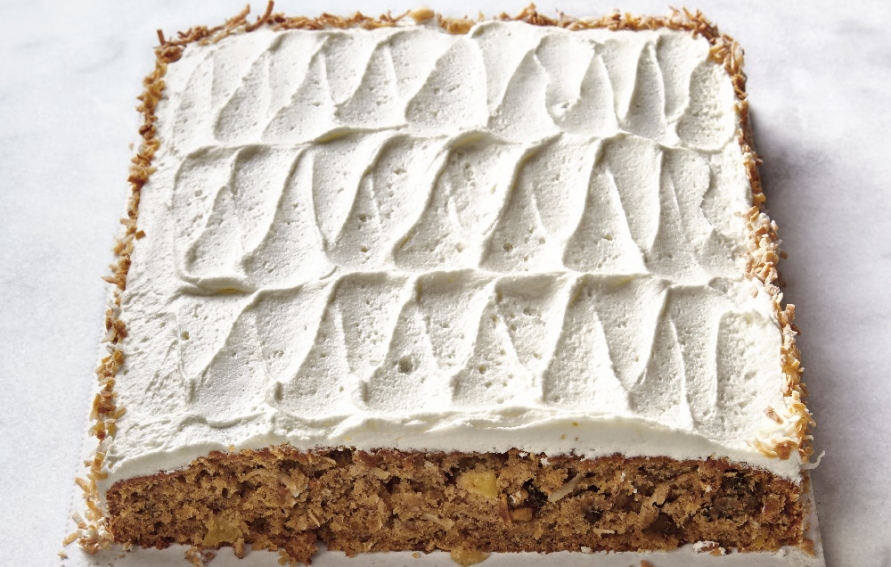 This cake is not for the birds.

When the Roadhouse opened in 2003, our vision was to create a full-service restaurant serving “really great American food” to hungry Ann Arborites and visitors.

As we prepared to open and develop our original menu, we asked the Bakehouse for traditional American breads, pies and cakes to add to the line up. They actually developed new signature items for us! Included with the original round of extensive recipe testing and tasting were Roadhouse Bread, Chocolate Chess Pie and Hummingbird Cake. The remarkable thing to us is that these three favorites stood the test of time and have been added to the list of things Zingerman’s Bakehouse and Roadhouse are known for. They’re so special, all three made it into the Zingerman’s Bakehouse cookbook!

Tracking the flight of the hummingbird cake.

A cake sweet enough to attract hummingbirds? This is another beloved southern food with an adorable name, that’s just plain delicious: hummingbird cake. In Jamaica, where hummingbird cake originated, it was commonly referred to as the Doctor Bird cake. Doctor Bird is a nickname for Jamaica’s national feathered friend, the Red-billed Streamertail, a member of the hummingbird family.

So how to did it migrate to the US? In 1968, Air Jamaica was established and began offering flights from Miami and New York to Kingston and Montego Bay. The icon on the tail of these planes was none other than Jamaica’s national bird, a hummingbird. Jamaica’s tourist board put together some promotional kits to send to the U.S. to increase interest in travel to the country. The kits included recipes of some local cuisine; among which was the Doctor Bird cake.

A southern favorite migrates to Michigan.

It gained popularity in the American south. There are numerous references to the cake in county fair reports and baking competitions throughout the 1970’s, although not always under the same name. The first printed recipe of the cake appeared in Southern Living magazine in February 1978. The Hummingbird Cake has since become the most requested recipe in Southern Living’s history.

The Bakehouse recipe for hummingbird cake includes coconut in the batter, a hefty dose of ripened bananas and pineapple, a handful of toasted pecans, a generous amount of cream cheese frosting and a tasty and beautiful finish of toasted coconut. It’s another generous recipe, with more fruit than flour in the cake. Since joining the cake line up at the Bakehouse in 2003, Hummingbird has become quite a fan favorite. It’s one of their most requested cake flavors for weddings too, spreading its sweet flavor to thousands over the years.

Check out our current dessert specials!