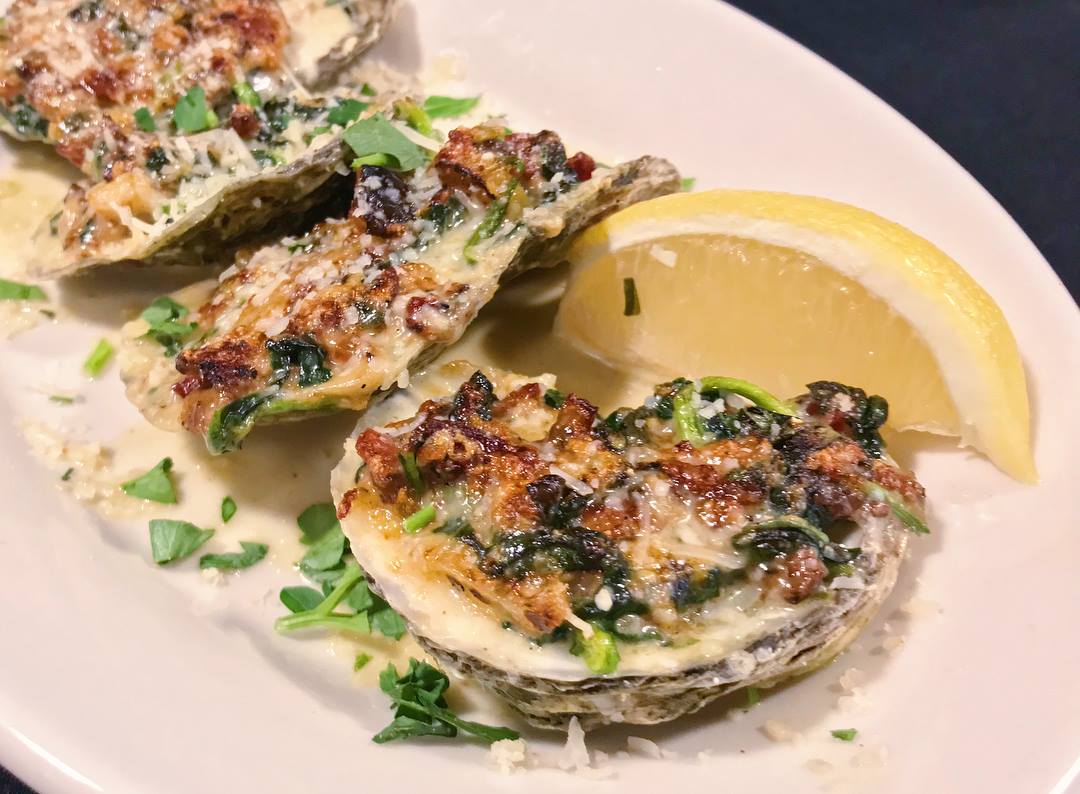 A secret within a zecret.

When I hear the word “secret”, I typically think of something kept. But I also think that sharing a secret with a friend is quite special. At Zingerman’s, we don’t want to keep zecrets, we want to share them with you!

The Roadhouse opens up about their oysters.

By now, you might be aware that we serve oysters. Not sure what gave it away. Perhaps it’s the separate oyster menu we hand out. It could be the large display case of oysters on ice up near the host stand. Maybe it’s all the sun-bleached oyster shells we use to line our property. Regardless, the fact that we serve oysters is not a zecret.

What you might not know is that we can do things with the oysters besides just serving them iced on the half shell. We let the cat out of the bag about the Hangtown Fry, an awesome breakfast dish made with eggs and pan-fried oysters. But did you know we can also make Oysters Rockefeller?

We do actually offer them on occasion as an appetizer special, but we can make them for you at any time! And who can resist those plump, buttery, scrumptious babies? So good!

The secret really is in the sauce.

The original dish was created in New Orleans in 1889, at a restaurant called Antoine’s by a man named Jules Alciatore, the son of the restaurant’s founder. Apparently, there was a shortage of escargot at the time, so Jules used oysters as a substitution. Due to the richness of the dish, it was named after the wealthiest man in America at the time, John D. Rockefeller.

Did you know that Oysters Rockefeller have their own secret that can never be revealed? Jules made a savory green sauce for his oysters, and never told anyone what was in it. He took the recipe to his grave. Since then, many people have tried to replicate it, but can only make an educated guess as to what the ingredients were. It is believed that they included celery and capers, with herbs like parsley and maybe chive.

Since the secret sauce was never shared, many people now enjoy their Rockefeller with spinach as a substitute, and they are still pretty amazing. We make ours with spinach, fennel, applewood-smoked bacon, Sarvecchio cheese, and bread crumbs. Come on by and treat yourself to something sizzlingly rich and delicious.

We offer so many more seafood options on our menu!