Blackberry Patch Jam: The Search is Over 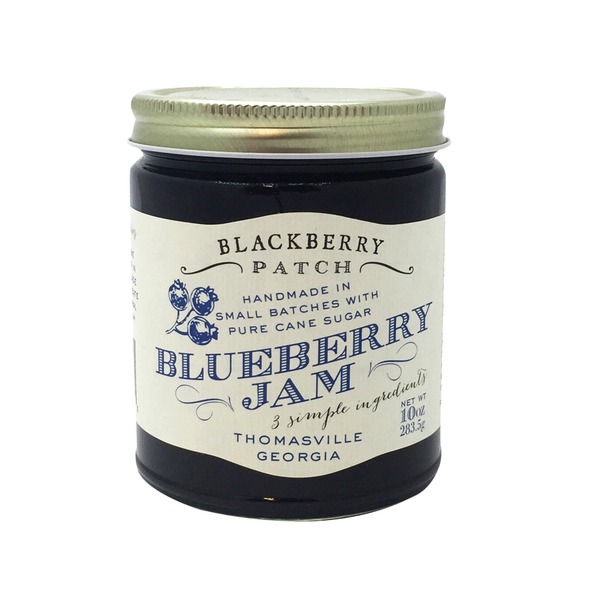 Nothing but the best for our biscuits!

For those of you who love American Spoon preserves, this isn’t going to be easy to hear. We’ve said goodbye to the preserves we’ve had on our menu since the dawn of time, and said hello to a new jam. It was not an easy decision, and it’s not that we don’t love American Spoon anymore. Sometimes things just don’t work out. But man, it took forever to find something that measures up–in this case, in spoonfuls.

For Ari and Chef Bob, it was a tough 6 months sourcing out a new jam. We can’t settle for just anything to top our amazing buttermilk biscuits. They deserve something really good. After all, they’ve been good to us. But we’ve finally found just the right thing for our Southern homemade biscuits: Southern homemade jam.

Keep it simple, keep it delicious.

We are now spreading the love for really good jam with Blackberry Patch in Georgia. Ari has known one of the founders, Harry Jones, for years. Harry and his partner Randy Harvey took over Blackberry Patch in 1999, expanding the distribution of their jams and fruit syrups. Before then, it was owned by farmers local to Thomasville, with the intention of using time-honored Southern techniques with locally harvested fruit. The ingredients are simple: fruit and cane sugar, which is far superior to beet sugar. By keeping it simple, Blackberry Patch accomplishes their mission of making jam that tastes like your mom made it.

They’ve been featured in O The Oprah Magazine, Southern Living, Garden and Gun, USA Today, and more. After stumbling upon Blackberry Patch, Food and Wine named Thomasville one of the ”best small food towns in the country” last year. They couldn’t get enough of the jam and the Sweet Grass Dairy cheese that is also found in Thomasville. This is the kind of stuff that Zingerman’s dreams of–small town, artisan-made, with really good local ingredients.

Orange you glad we have a new flavor?

We started out with a flavor that is not well-kown up in these parts: Satsuma. It’s actually been a common request for years that we offer some sort of an orange marmalade on the breakfast menu, so this worked out well. Satsuma is a variety of Chinese mandarin. The original Chinese name means “honey citrus of Wenzhou,” which is an apt description of its gentle, sweet flavor. Satsumas originally came to the U.S. by way of a Jesuit plantation up the river from New Orleans early in the 19th century, and from there, spread across the South and out to California. The towns of Satsuma in Alabama, Florida, Texas, and Louisiana were all named after the fruit. By 1920, Jackson County in the Florida Panhandle started to call itself the “Satsuma Capital of the World.”

“Honey citrus” perfectly describes the flavor. It is delicate and unassuming, which is just what we want to showcase the buttery flavors of our biscuits. But we didn’t stop there. We also offer strawberry and blueberry as options, and they are both wonderful. We look forward to more seasonal flavors, as Blackberry Patch offers quite a variety!

If you like the jams for breakfast here at the Roadhouse, you might like them at home, too! The jams and the fruit syrups are now available in our retail shop, so you can smother your homemade pancakes and biscuits with pure deliciousness.

In the meantime, stop in for breakfast or brunch and get your jam on with Blackberry Patch!

What’s on our breakfast menu?