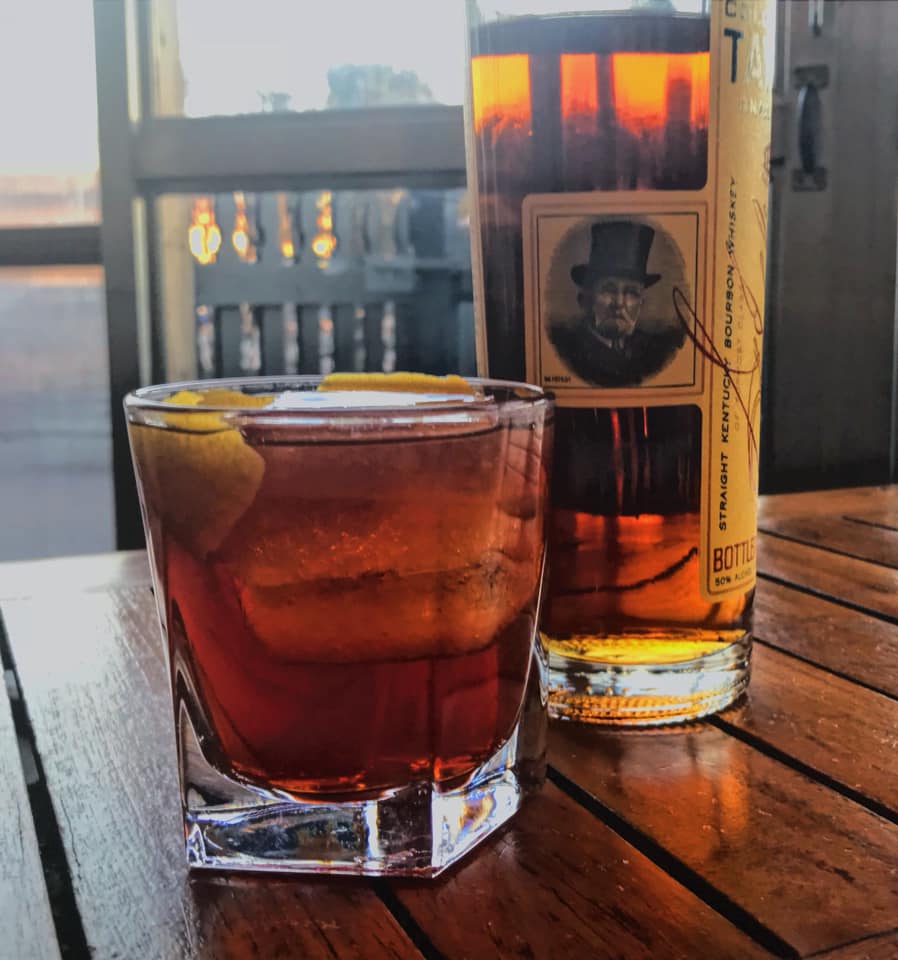 Ambition and innovation, barreled and bottled.

Yesterday I was in search of a birthday gift for a friend who loves bourbon. It just so happens I love bourbon, too, so I was very excited to go shopping for the perfect gift for my friend. It turned into a memorable venture with a rewarding, delicious outcome.

I knew I was looking for something special, something limited release. So I wandered into A&L Wine Castle in Ann Arbor, a magical wonderland of spirits. A woman in front of me was asking the salesman for a bottle of Buffalo Trace (excellent taste!), and that’s when I knew what I was looking for.

Two years ago, the Roadhouse had managed to get their hands on a couple bottles of Colonel E.H. Taylor Small Batch Bourbon, hand-crafted by Buffalo Trace. It is super limited, so we were lucky to get it in. Once word got out that we had them, the Colonel didn’t last long. But we got it in again recently, so I crossed my fingers that the Wine Castle did, too.

Thankfully when I asked for it, the salesman was able to grab me a fifth. He only had a couple bottles left! As he pulled it down, I struck up a conversation with the woman who was buying the Buffalo Trace. She was very curious about my request, and I told her about the small batch of liquid gold from her favorite distillery. She said it sounded wonderful, and then turned to her husband and said, “I wonder if Zingerman’s Roadhouse has it?”

The question was music to my ears. I assured her that we did indeed carry the small batch, and encouraged her to come in and try it before we sold out again. Then for about twenty minutes we nerded out in the shop about bourbon. We talked about the Colonel and many other liquid amber favorites, and I had fun telling her what I had learned about the small batch treasure from Buffalo Trace.

An aristocrat with ambition perfects an art.

At the end of the Civil War, the grand nephew of President Zachary Taylor purchased the O.F.C. distillery, one of the forerunners to Buffalo Trace. Colonel Edmund Haynes Taylor, Jr. developed innovative techniques for distilling whiskey that have been passed down through generations of distillers. Known as the “Father of the Modern Bourbon Industry”, he developed copper fermentation tanks, state-of-the-art grain equipment, column stills, a more efficient sour mash technique and a steam-heating system for his warehouses–all still used today. In 2009, Buffalo Trace Distillery purchased the Old Taylor Bourbon brand. In honor of the Colonel, they age the Small Batch Bourbon Whiskey inside century old warehouses that he had actually constructed and used for his own whiskey.

Every sip tells a story.

The connection with the woman at Wine Castle in and of itself was a rewarding experience, and I relished telling my buddy about it later as he opened his birthday present and poured me a couple fingers of the Colonel. It was everything I love all at once–a good story and sharing something really yummy with a friend.

The Colonel was just as I remembered it. Black licorice and honeyed raisin dominate up front, then caramelly butterscotch blooms on the tongue. Just when you think the softer, floral notes have dominated, a surprise dash of pepper and subtle tobacco stir up embers of heat to draw out the finish.

Each sip is a perfect reflection of pre-prohibition whiskey, and an homage to the legacy of the man who captured the science behind modern bourbon in a barrel. Come into the Roadhouse and taste what we are talkin’ about, before this batch runs dry.

← Previous: Sea Scallops at the Roadhouse Next: Blackberry Patch Jam: The Search is Over →