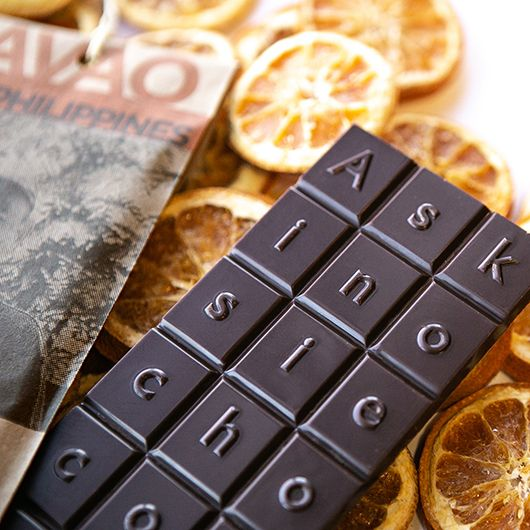 Orange and chocolate come together to make something super special

As we approach the end of 2019, the pairing of orange and chocolate might seem somewhat mundane. But 400 years ago in Europe, the combo was completely cutting edge. If one wanted to reach for the exotic, impress a couple of your royal cousins, or catch the attention of upper-crust colleagues, chocolate with orange might well have been the almost-impossible-to-ignore ticket.

The exotic origin of chocolate and orange.

Neither ingredient would have been well-known among Europeans of the 16th century. Oranges are native to China; they started to arrive in Europe, likely into Sicily, by about 1400. Chocolate would have come a century later after the return of Columbus from the “new world.” Both were originally approached tentatively—exotic edibles for wealthy folks to experiment with. The same can be said for sugar, which came from India. It would have been innovators in the royal courts, the merchant class, and the church who’d probably have been the first to take a “chance” on these new luxuries. Because chocolate was mostly consumed in that era as a beverage, the original blend would likely have been hot chocolate scented with orange flower water.

Now the combination of orange and chocolate is everywhere in some form. But they’re on my mind because of a very special iteration of this combination—the latest, and loveliest, of my good friend Shawn Askinosie’s incredible chocolate bars. The bar begins with the carefully crafted Trinitario cacao that Shawn brings from grower Peter Cruz in the Philippines. Thanks to Shawn’s good work, Peter became the first Filipino farmer to export cacao since the country’s land reform in the mid-1970s. The cacao is conched and blended with Turbinado sugar and cocoa butter (made by the folks at Askinosie from the same beans) and then a nice bit of orange pulp, and orange peel. The finished flavor is something special. Shawn’s enthusiasm for this new bar is especially high. “I love orange! You should have smelled the factory this week!”

To be clear, developing a new offering of this quality is not an overnight activity. Natural Law #10 (see Building a Great Business) is that “it takes a lot longer to make something great happen than most people think.” This bar is no exception—Shawn says it took about 20 iterations to get the ratios right, all done in a series of experiments that took over 18 months. I appreciate all the hard work and I’m betting that if you like orange and chocolate, you will most definitely want to buy a bar. Or five. The flavor is fantastic. The chocolate and the orange are beautifully balanced. Like any good partnership, they bring different things to the table. The chocolate is the bass line—dark, nutty, cocoa-y. The orange is the violin playing over top. Light and bright. Together, the combo is otherworldly. The royal court of Spain would have likely swooned over it. And if you have anyone in your circle who loves orange and chocolate together, you’ll definitely want to add this beautiful new bar to their holiday list.

Can a chocolate bar matter that much? Given the state of the world, I think every little bit of beauty we can spread makes a small but ultimately meaningful difference. Both Shawn and I are big fans of the work of the Irish philosopher John O’Donohue, so I’ll close this piece with a quote of his that conveys what I’m thinking after eating and reflecting on how good this bar is. Share a bit of your bar with anyone you care about. Or even someone you don’t yet know. As O’Donohue writes, “The time is now ripe for beauty to surprise and liberate us.”

Available at the Candy Store, Next Door Café, and Zingerman’s Roadhouse.

← Previous: The Great Green Chile Crisis of 2018 is Officially Over! Next: Corpse Reviver no. 2 →