Terrific Breakfast Tacos at the Roadhouse 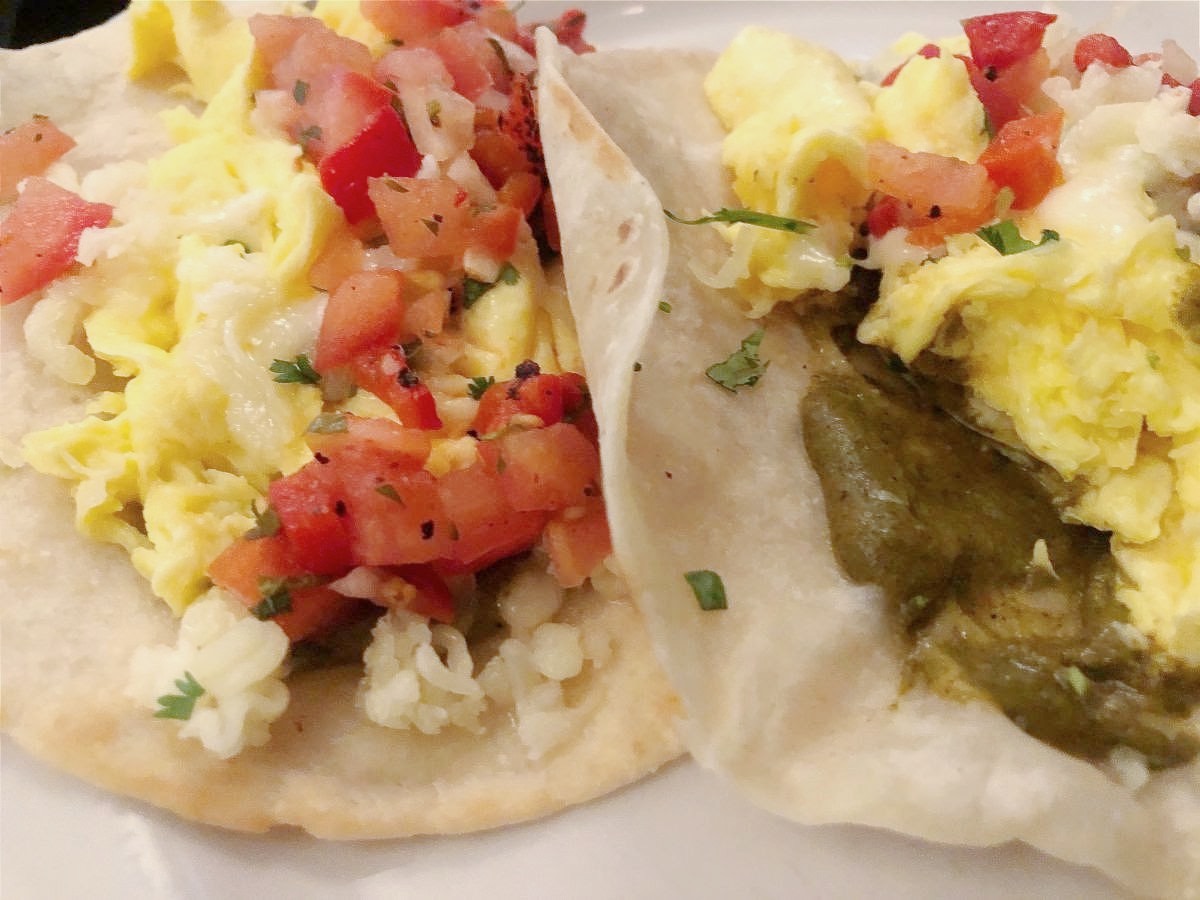 A really fine reason to come across town on Thursday mornings, these breakfast tacos have taken over as the Thursday morning Blue Plate special at the Roadhouse. Longtime head chef Bob Bennett has been altering the fillings every week to fit what’s best on the market. This week, the taco will be a warm flour tortilla, topped with soft scrambled eggs and dressed with a double (over and under) layer of a chile purée Bob put together using organic Lady Choi chiles from Tamchop Farm. It’s topped off with a bit of fresh Salsa Ranchero made with chopped tomato, onion, and cilantro.

A background on Mexican cuisine.

To be clear upfront, Mexican foodways have not been my area of expertise. I have only been to visit Mexico three or four times. When I need to learn more, I reach out for reference to longtime friends like Rick Bayless, Susana Trilling, Pati Jinich, and Marisel Presilla. I also read their books along with those of Patricia Quintana, Diana Kennedy, and others. Of late, I’ve been reading Jeffrey Pilcher’s fascinating tome, Planet Taco: A Global History of Mexican Food. Like so many famous foods, the story of tacos is far more complicated than I’d ever imagined. And, like so much of history, it’s not what I would have thought.

Pilcher’s book is teaching me what I now realize ought to have been clear to me all along; that there is not a singular “traditional” Mexican cuisine. And that nearly all of the same sorts of tensions, blendings, and biases have been playing out ever since Europeans first invaded what is now Mexico at the end of the 15th century that have played out here in what’s now the United States. There are both negative and positive beliefs about indigenous foods like corn, a wide range of indigenous foodways, the introduction of European biases towards wheat and against indigenous cultures, spices introduced from Asia, the influence of secret Jewish conversos who came from Spain. Class biases, regional preference, local ingredients, and high-end imports. Add in the influence of early 20th-century immigration arrivals of folks from Lebanon—some say that soft tacos as we know them were influenced by the introduction of shawarma from the Middle East. My ignorance and bias towards traditional food always had me believing that tacos must have been a widely eaten food in Mexico for millennia. But, as with what I learned about Nachos last month, it turns out that they’re mostly a more recent introduction.

Where do tacos come from?

So, where did tacos come from? In an interview with “Smithsonian,” Pilcher posits:

The origins of the taco are really unknown. My theory is that it dates from the 18th century and the silver mines in Mexico, because in those mines the word “taco” referred to the little charges they would use to excavate the ore. These were pieces of paper that they would wrap around gunpowder and insert into the holes they carved in the rock face. When you think about it, a chicken taquito with a good hot sauce is really a lot like a stick of dynamite. The first references [to the taco] in any sort of archive or dictionary come from the end of the 19th century. And one of the first types of tacos described is called tacos de minero—miner’s tacos. So the taco is not necessarily this age-old cultural expression; it’s not a food that goes back to time immemorial.

Tacos showed up in print for the first time in 1862, but were relatively insignificant for the next few decades. “Tacos entered the national cuisine,” Pilcher says, in the late 19th century and were seen “as a potential danger to both health and morality.” In the capital, they were perceived by the dominant Mexican-European culture as “part of an indigenous invasion of Mexico City.” In the early years of the 20th century, during the time of the Mexican Revolution of 1910, the taco was part of a push back towards what was perceived as indigenous. In those years, tacos became very popular in the city—so much so that the central government began to regulate and tax them. Many migrants from the provinces moved to the city and taco stands became a way for city dwellers to experience the diverse differences of the food of Mexico’s varied regional cooking styles. Even in more recent times, tacos were not necessarily what I’d have imagined. Rick Bayless shared with me that when he first started going to Mexico in the 1980s to spend months and years studying the culture and the cuisine, he was surprised that tacos were almost exclusively something you ate after a long night of drinking. He discovered that when he would suggest to Mexican friends that they “go for tacos,” they assumed he meant they’d be going to the bar for a long drinking bout and only then head to the taco stands around midnight.

At the time that tacos were becoming popular, Mexican society was very much in a state of unrest, dealing with the same sort of social dissatisfaction that was fueling the strikes in Paterson. In 1911, the year that Emma Goldman spoke in New York, her anarchist colleague Ricardo Flores Magon and his compatriots led a successful rebellion in the towns of Mexicali and Tijuana. Magon was very much inspired by Peter Kropotkin, Elisée Reclus, and Emma Goldman. Kropotkin’s book, Conquest of Bread, served as a model for him of what he wanted to create. The free space lasted only six months before the towns were recaptured by the Mexican government. In 1917, Magon was arrested in the U.S. under the same Espionage Act used to deport Emma Goldman for publishing an anti-war editorial in his newspaper Regeneracion. He was convicted and imprisoned. He died in Leavenworth prison at the age of 48 in 1922. In the Mexican town of Matamoros, there’s a restaurant called Tacos de la Flores Magon. It seems fitting— Eric Wichner, who runs food tours in Puerto Vallarta, cites the Mexican saying: “A taco is not denied to anyone.”

How did tacos get to the United States?

Tacos in the U.S.? Pilcher says they probably came with the children of those migrants who arrived in the U.S. around that era and tacos spread into Texas, Arizona, New Mexico, and California. Pilcher writes that in Los Angeles, where Flores Magon made his home, “Mexican food was … associated with anarchism and union organizing.” Flour tortillas are not, as I would have thought, an American shortcut, but actually have a long history in Mexico that dates back centuries to the European attraction to wheat and the need for Catholics to make communion wafers. Flour tortillas were also much quicker to make than grinding corn masa.

How good are our breakfast tacos? I almost never eat breakfast—only when there’s something that I want to try and that I can’t get later in the day. I’ve gone by the Roadhouse and had the tacos twice in the last two weeks since I can only get them on Thursdays from 8-11am. As Pilcher says, “The thing about tacos is you always want another one.” Which is why you’ll likely see me at the Roadhouse again this week too!

Check out our breakfast menu and other Blue Plate options!