The Pimento Cheese Capital of the Midwest 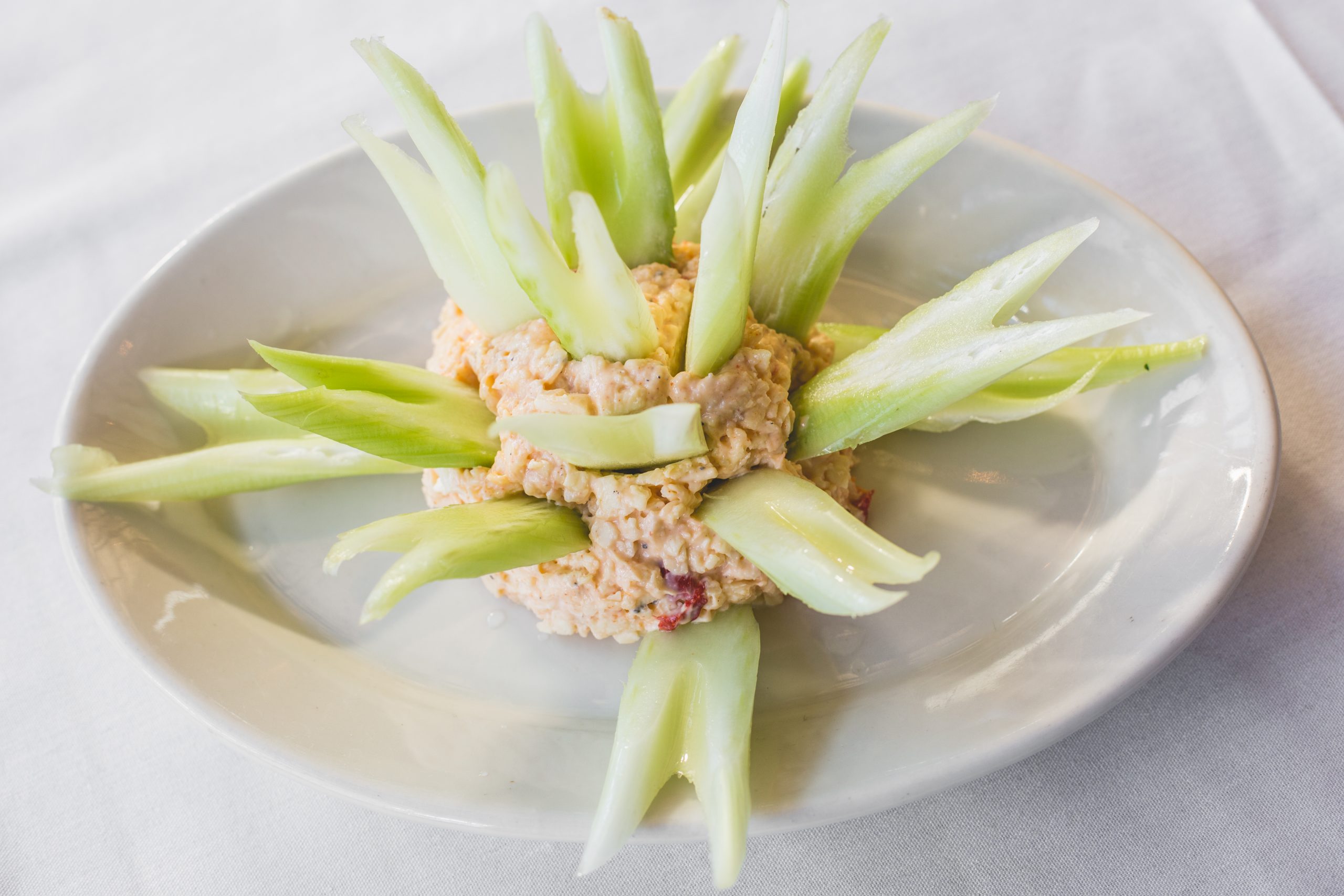 From the Masters to Michigan

If you’ve been watching the golfers at the Masters, or reading a bit of the background about the event in the news, you’ll likely have come across at least a mention or two of the pimento cheese sandwiches that have been a staple at the Tournament since the middle of the 20th century. Here at Zingerman’s, pimento cheese has been around for just a little over a decade. But it’s quickly reached nearly iconic proportions in our little community.

How Zingerman’s introduced a Southern treat to the Midwest.

I learned about pimento cheese at a Southern Foodways Alliance symposium in Oxford, Mississippi back around the time of the last national crisis, the economic collapse of 2009. Like most of the foods we sell—other than chopped liver, chicken soup, corned beef, and rye bread—I’d never heard of it growing up. Not shocking for a Chicago kid—pimento cheese, up until the last few years, has mostly been a southern phenomenon. When I started to ask around, what I found was a food that was about as ubiquitous as potato salad, and far more popular. Everyone in the South, it seemed, had their own family recipe. Pimento cheese, best I could tell, was eaten regularly by people of all classes, all races, all religions… It was packed in school lunch boxes and was on the table at every social event.

We introduced pimento cheese first here a year or so later at the Roadhouse and got a really good response. A lot of locals were as confused about it as I had been on my first encounter, but slowly it gained a steady following. The next year it got its own t-shirt declaring: “Zingerman’s, Pimento Cheese Capital of the Midwest.” Soon we started making the same recipe we’d done for the Roadhouse at the Creamery, whence we now distribute it to shops and restaurants all over the country. We’ve won praise for the pimento cheese, including a plethora of kind comments from a good number of Southerners.

The story behind pimento cheese.

Pimento cheese dates back to the late 19th and early 20th centuries. It actually seems to have gotten its start in the North, when American cream cheese (back then, pretty much the hand crafted, stabilizer free, short-shelf-life, fresh product we craft at the Creamery still today) was blended with newly-arriving jarred roasted pimiento peppers from Spain. In the early years of the 20th century, Georgia farmers started to grow and bottle their own pimiento peppers. Over time the spread became an iconic food in the region. The Masters started selling pimento cheese sandwiches back in the 1950s—they hold up well in the heat, and aren’t all that hard to carry as you walk across the course. In a tribute to the Masters Tournament’s pimento cheese sandwiches, this seemed a good week to take pause to appreciate this little culinary marvel. To honor everyone in the ZCoB who makes it so diligently almost every day, and to appreciate all you—both in Ann Arbor and across North America—who come in to eat it, buy it to take home, and have it shipped to yourself or someone you love across the land.

Where to get pimento cheese at Zingerman’s.

If by some chance you still don’t know about pimento cheese, come by the Cream Top Shop, Roadhouse, Bakeshop, or Deli to give it a try. If you’re at the Roadhouse it’s incredible on a burger and great on the pimento cheese and bacon mac and cheese. (Or, if you want an insider tip, melted atop the chili cheese fries—ask for it when you’re there). Me, I often add a spoonful to those great Anson Mills’ grits, or the mashed potatoes. If you’re at the Deli we’ve got it by the pound. While I can’t speak to the quality of the golf courses up here, I have the quiet belief that our pimento cheese is, although we’re not in the South, pretty darned good. Here’s what national cheese expert and author, Tia Keenan offered up: “Pimiento (or Pimento) Cheese may be the ‘caviar of the south,’ but Midwest cheese church Zingerman’s nails this downhome delicacy: it’s a creamy, zippy bite, with a tickling heat that commands: Keep. Eating. …I usually make my own pimento cheese, but after having Zingerman’s version, I’ve retired, and I’m not upset about it.”

Pick up a pound at the Cream Top Shop, Deli, Roadhouse or Bakeshop, or let us ship some to wherever you live.

← Previous: Mussels with 'Nduja at the Roadhouse Next: Beautiful Tins of Bianco DiNapoli Tomatoes →