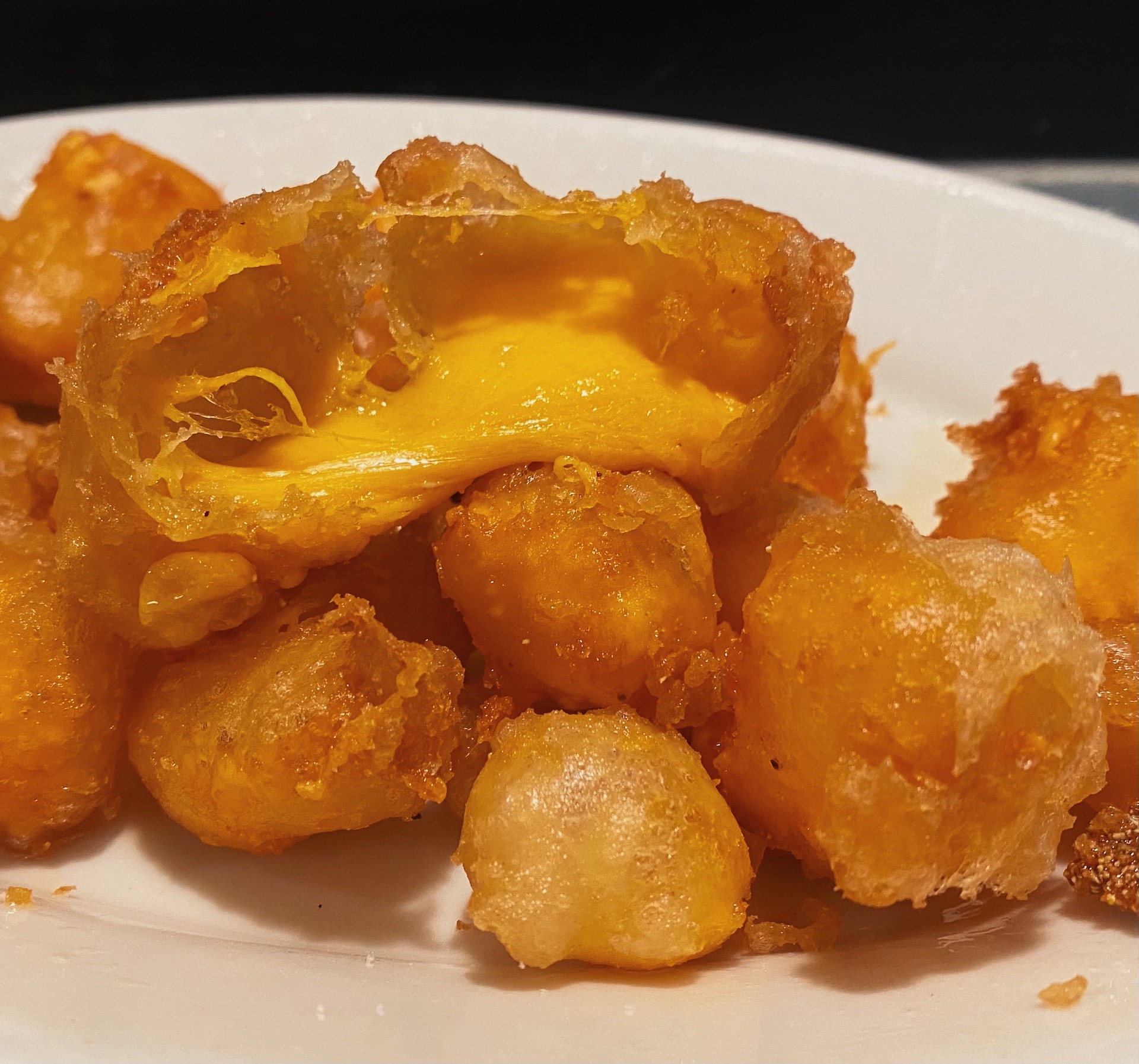 A once a week special worth driving over for.

If you’re from Wisconsin, I don’t need to tell you any more about fried cheese curds. If you aren’t familiar though, you might take this write-up as an open invitation to get to know them. I long ago started telling folks around here who were unfamiliar with them that “fried cheese curds were basically the national dish of Wisconsin.” On the other side of the lake from us, they’re everywhere, and every day, an essential part of the culinary culture. It’s hard to go very far, or very long, without seeing them somewhere. A former staffer who hailed from the Badger State used to say the fried cheese curds were “Wisconsin on a plate.” Amanda Rettke, who blogs as “I am baker,” called fried cheese curds, “the BEST thing to ever happen to cheese!” HuffPost said, “In Wisconsin, cheese curds are breaded and fried. IT’S GLORIOUS.” (The caps are theirs, not mine.)

Why our fried cheese curds are so good.

In the Dairy State when people talk about eating curds, they’re referring either to freshly made cheddar curds, or to those same un-aged curds that have been deep fried. We’re talking here about the latter. At the Roadhouse, they’re on the specials list every Wednesday. There are many regulars who come in then specifically to get them. The curds themselves are made by the Widmer family and their team in Theresa, Wisconsin, who’ve been making cheese since Joe Widmer’s grandparents arrived as immigrants from Switzerland early in the 20th century. The curds are dipped in a batter made with Wolverine Premium Lager (brewed just up the road from the Roadhouse), deep fried to that golden brown almost everyone loves, and then served with a bit of roasted green chile-Ranch dressing. If you want to get a taste of well made, traditional, regionally-based American food, definitely give ’em a try. As one customer said a few weeks ago, “What’s not to like? Really good fried cheese!”

P.S. Would you like to read about Wisconsin cheese while you snack on your cheese curds? This chapbook is part of a first edition of handmade books produced in Ann Arbor by Zingerman’s Press. A limited number were lovingly made using a simple three-hole pamphlet stitch with a special insert which contains an interview with cheesemaker Ed Janus.

← Previous: Hand-ladled City Goat Cheese Rounds from the Creamery Next: Ribeye Steak with Tarragon Butter at the Roadhouse →