An Old Sign, A Love Story, & a Bit of Business History 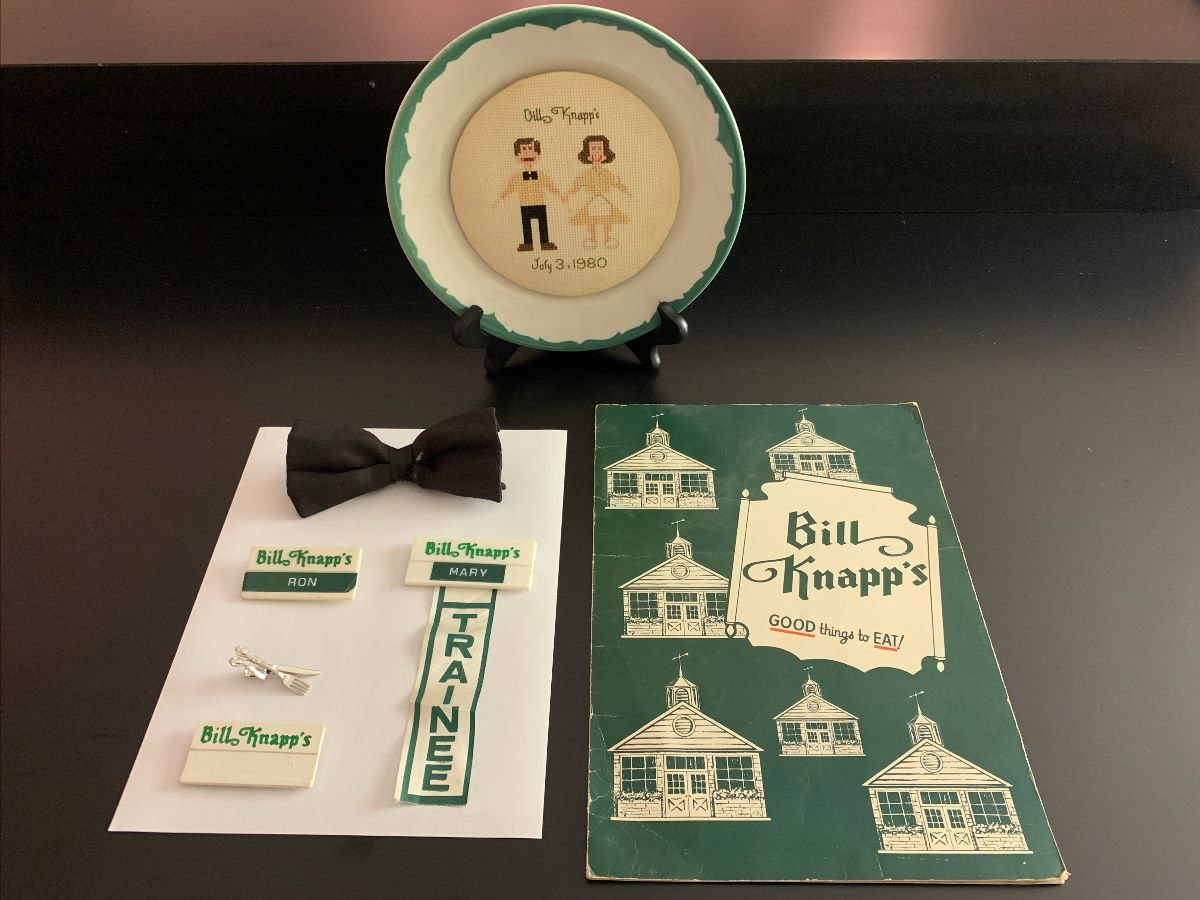 A sign of joy on the wall at the Roadhouse

As you may know, I’ve long loved writer Rebecca Solnit’s poetically put question: “Where does a story begin? The fiction is that they do, and end, rather than that the stuff of a story is just a cup of water scooped from the sea and poured back into it.” The question pushes me to take pause, to think bigger, go deeper, and widen my view. Although we formally opened Zingerman’s Delicatessen on March 15, 1982, Solnit’s query makes me wonder where to start the story. Often, I begin it by telling how Paul and I met when I was a new dishwasher, and he was general manager at Maude’s. Other times I start with my arrival in Ann Arbor to attend U of M. Alternatively, it could go back fifteen years before that when Paul and I were each growing up (he in Detroit, me in Chicago), eating corned beef and potato latkes, which would go on to become staples of what we are doing at the Deli. Or maybe before that when our respective grandparents moved to the U.S. from Russia?

The story of the Roadhouse.

Each of our businesses has similarly diverse origin stories. The Roadhouse’s story technically begins in September 2003—the arrival of autumn will mark our 18th anniversary! But maybe the story starts sooner? Rebecca Solnit’s question keeps pushing me to think through the connections and to wander through the past with curiosity, and to wonder, joyfully, at what I find. As Ralph Waldo Emerson wrote, “Our best history is still poetry.” Here’s a bit of what I wrote in the preface to Part 4:

…on the west side of town, we opened Zingerman’s Roadhouse in 2003. The building, up until a few years earlier, had been a Bill Knapp’s. If you’re not from this part of the Midwest, the name probably means nothing. But Bill Knapp strung some interesting, mid-20th-century business beads of his own, opening his first restaurant in Battle Creek, Michigan, in 1948. His vision was to open all his establishments right off the exits of the then newly emerging Interstate Highway system. Bill Knapp’s belief was that the nascent highway would soon reign supreme and that travelers would want dependable dining spots that were easy to access from the Interstate. Although his idea was a bit “out there” at the time he began, it worked—Knapp went on to open a chain of 60 or so spots, spread across Michigan, Indiana, Illinois, and Ohio. In his own way, he was a community institution, blending belief, hope and vision, risk taking, generosity, and a whole lot of hard work. …[In 2003] we took over the empty space, renovated the entire building, and opened up as Zingerman’s Roadhouse, serving an even higher quality of regional American comfort food. … You can see a couple of the old Bill Knapp’s dinner plates on display in the foyer, gifts from caring customers. I’d like to think that his customer- and quality-focused spirit lingers on at the Roadhouse.

Gareth Higgins, in his new book, How Not to Be Afraid, provided me a near perfect intellectual bookend to Rebecca Solnit’s question. “You never know,” he writes, “when a story is over, especially if you’re in it.” It’s certainly true here. Bill Knapp’s closed in 2002, but my hope that his “customer- and quality-focused spirit” would linger on played out positively a few months ago when I got this email from a long-time customer of ours named Ron Cooper:

Ari, we have met a few times while dining at the Roadhouse. We spoke some time ago about my wife Mary and I having met while waiting tables at Bill Knapp’s, where the Roadhouse is now, at Jackson and Stadium in 1980. I also shared that we have a piece of Bill Knapp’s memorabilia in our home. It’s an original Bill Knapp’s sign, 48” x 48” and 7.5” deep. Mary and I are downsizing and moving to Texas, and we were wondering if you would like it to hang somewhere in the Roadhouse. We would happily give it to you to display in the restaurant in honor of the building’s roots.

It wasn’t hard to sell me on hanging the sign. My love for history and for positive pieces of the past encouraged me to get it hung ASAP. Author Michael Crichton writes, “If you don’t know history, then you don’t know anything. You are a leaf that doesn’t know it is part of a tree.” And 18 years after we opened, the Roadhouse is, I suppose, a strong graft onto a trunk that was originally planted by Mr. Knapp decades before we opened. In the context of what I wrote above, the sign seemed an appropriate topic for today because most everything about it right now is joyful. Ron and Mary Cooper, as he explained, met for the first time when the two were servers at the same Bill Knapp’s building that we now know as the Roadhouse. It happened, Ron told me, while they were rolling silverware (anyone who’s waited tables will know the term—it’s putting a set of silverware inside a napkin and rolling it up whatever that restaurant believes is the “right way”).

The sign is now hanging in what we call “the fireplace room,” to the right of the host stand when you walk in—the one with all the salt and pepper shakers in it. (We moved the amazing photo of Mr. Nueske about 15 feet west—15 feet closer to Wisconsin, I guess one might say.) A plaque will go up shortly so that Ron and Mary Cooper can tell their story, as well as that of the sign. The sign copy closes with, “They were blessed to meet in this building and are happy to share a piece of the building’s history with the Zingerman’s family.”

The anarchistic Indian poet, philosopher, writer, Rabindranath Tagore once said, “I slept and dreamt that life was joy. I awoke and saw that life was service. I acted and behold, service was joy.” Pretty much everything about this story makes me smile and fits into what Rabindranath Tagore wrote: Ron and Mary Cooper met while working in service roles; we continue at Zingerman’s to get joy from giving great service; I feel like we have served Ron and Mary well by putting a piece of their history and ours up on the wall; we’ve honored the legacy of a great Michigan restaurateur. And hopefully that service adds up to make for a small bit of meaningful joy for many. If folks had never heard of Bill Knapp’s they’ll learn now, and if they like a bit of romance, they’ll feel good hearing Ron and Mary’s story. If they did know Bill Knapp’s (and quite a few folks around here remember it fondly), they will surely smile at the sign!