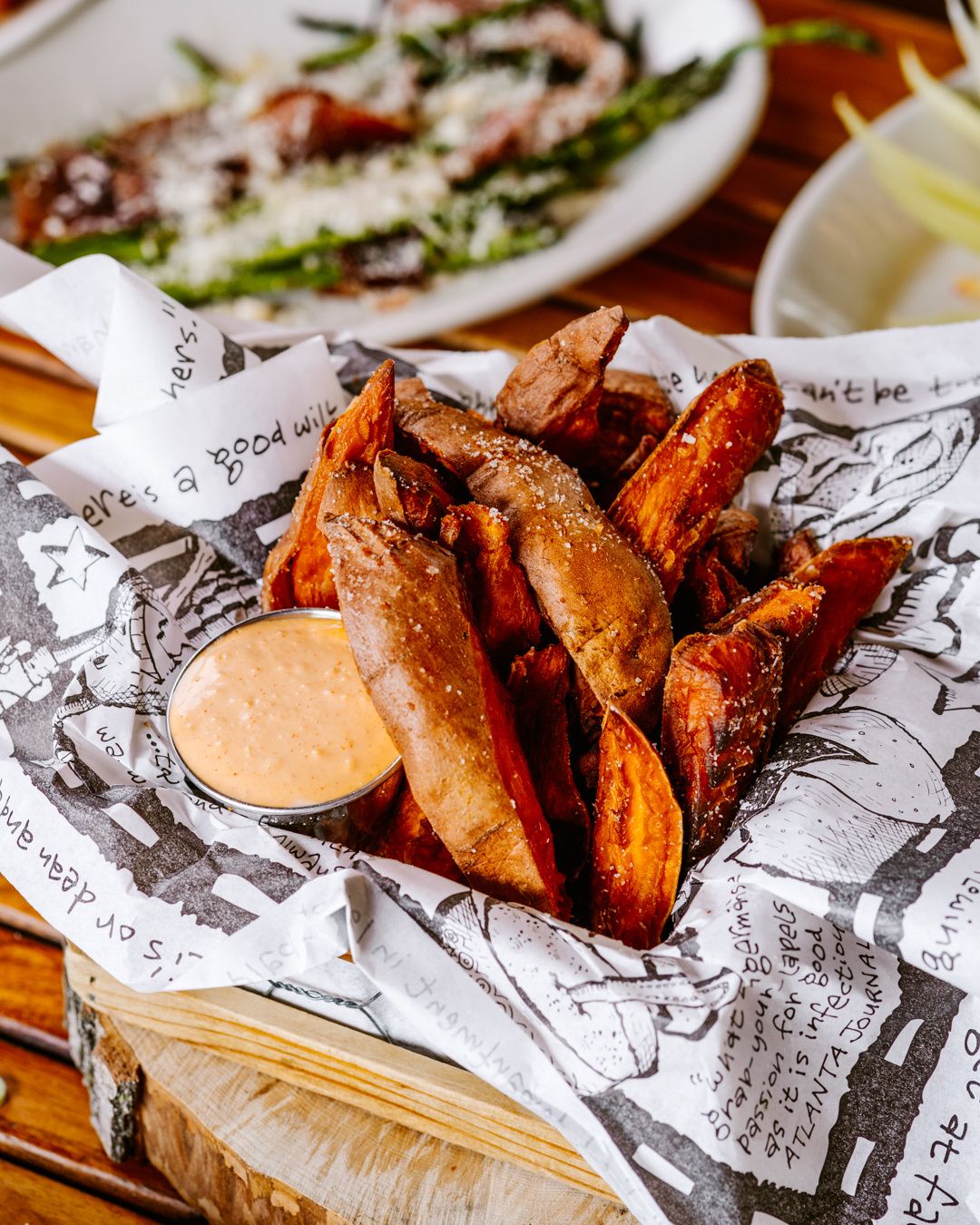 The historical background of a Roadhouse best seller.

This piece is, directly, about one of the single most popular dishes we serve in the ZCoB—the simple, and simply delicious, Sea Island Sweet Potato Fries at the Roadhouse. As is true with every traditional food, there’s more to the culinary story than just how good something tastes when it comes to the table—I’ve long believed it important to study the history of the place from which the dish came. After all, it’s only in context that we get clear on the full culinary importance and can really appreciate the story behind what we’re having for supper.

Last week marked the first time in American history Juneteenth was celebrated as a federal holiday. I’m very happy to see such an important date commemorated at the highest national level. That said, meaningfully honoring African American history would call for a LOT more than just celebrating a single day! Black people have been part of the national story since long before the U.S. became an independent nation-state, and have contributed to, suffered from, and played a big part in almost every element of American history. Culture and cooking, politics and poetry, farming and philosophy, the sciences and sports, the arts and education, and thousands of other areas of work and study have all been the beneficiaries of Black contributions. So, while Juneteenth is most certainly important, there are hundreds of other dates that are deserving of attention as well. One of those events might be November 7, 1861, the day on which Union troops took Port Royal on the Sea Islands in South Carolina at the start of the Civil War. White planters immediately fled, marking the beginning of the move towards freedom for previously enslaved Africans. What followed came to be known as the Port Royal Experiment, a story that many scholars have used as an example of what Reconstruction could have been. African Americans worked their own land generally in very egalitarian and inclusive ways. Surplus crop sales enabled land purchases, Northern nonprofits came in to offer aid and support, and many positive outcomes were attained. Sadly, as we know from studying what came to be called Reformation, those achievements were undercut as Jim Crow came to be the order of the day.

About the Sea Islands & the Gullah people.

The Sea Islands, if you don’t know them, are located off the coasts of Georgia and South Carolina. They’ve been home to one of the most interesting components of American culture for hundreds of years. African American inhabitants of the islands traditionally speak Gullah, a unique blend of the English of the Elizabethan era with the African languages spoken by the enslaved people who’d been brought to the islands. Primarily, the latter came from Angola and Sierra Leone. Julie Dash’s amazing 1991 film “Daughters of the Dust” shares a bit of the story of the Sea Island culture and history on the screen.

The cooking of the islands is a blend of African and Southern influences that draw on the wide range of ingredients that grow on the islands. Author Pat Conroy spent a year on Daufuskie Island teaching back in 1969. One of Conroy’s students that year, Sallie Robinson, went on to write a nice cookbook called Gullah Home Cooking the Daufuskie Way. Sallie was one of the first speakers at our annual (other than in pandemics) African American foodways dinners at the Roadhouse. She writes about how fried and baked sweet potatoes were a staple on the island. The Sea Island Sweet Potato Fries at the Roadhouse are descended from Sallie’s good work! Served with a nice little spicy mayonnaise to dip them in, they’re a great appetizer, and excellent on the side. When you and I eat them, I hope that we will keep in mind the Emancipation of the people who had been enslaved on the Sea Islands, the first to attain the freedom every human deserves following the start of the Civil War, and a testament to one of the small but significant pockets of American culture!

← Previous: An Old Sign, A Love Story, & a Bit of Business History Next: Pit-smoked Pork BBQ at the Roadhouse →