Come by for Some Corned Beef Hash 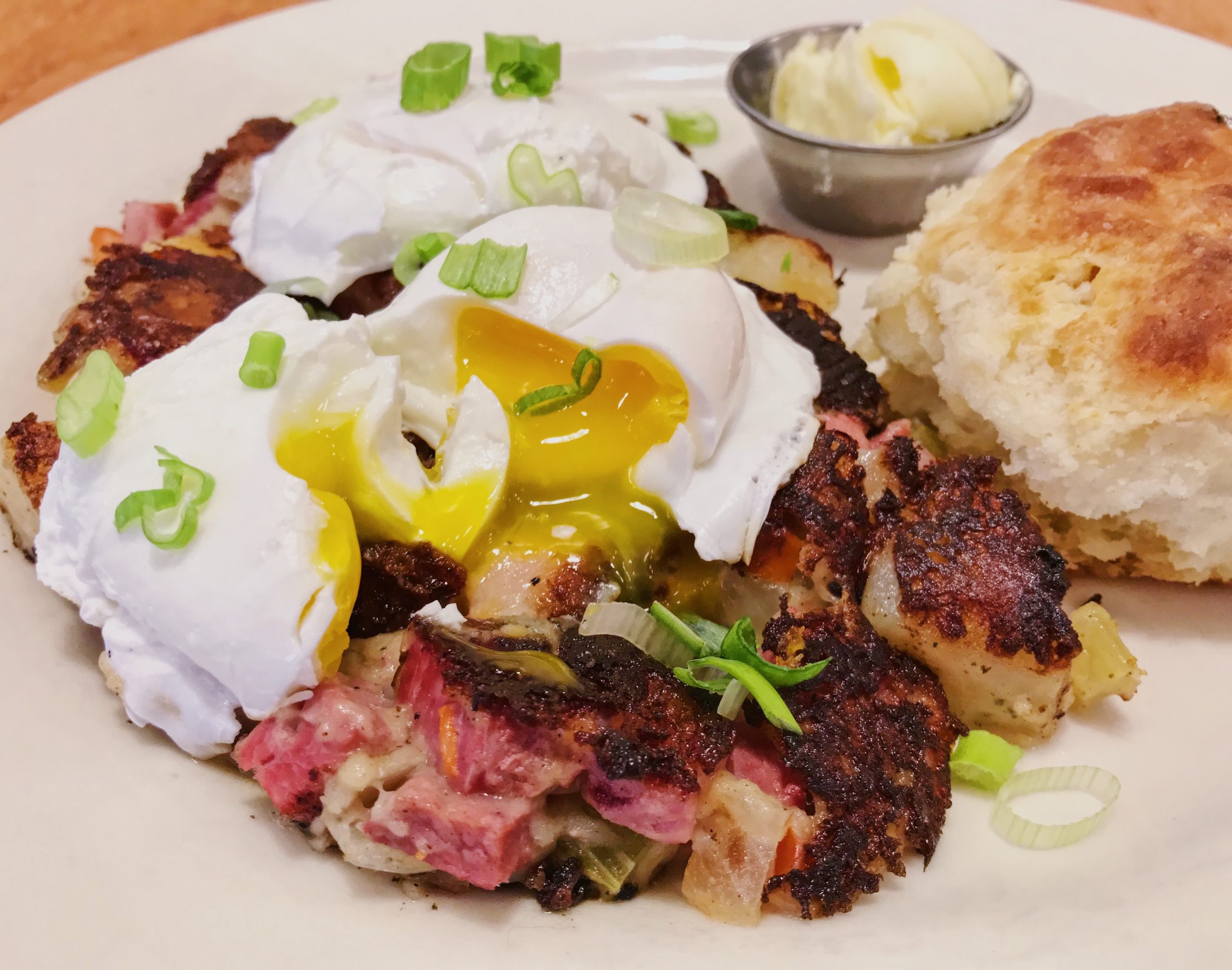 A really good American breakfast at the Roadhouse

Corned beef hash, though it gets little public attention in the press, has been a staple of dining in the ZCoB for decades now. I was surprised—in the best possible way—to learn last Tuesday that it is consistently one of the top sellers every week on the Roadhouse breakfast menu. Which reminded me that, like the mainstream press, I haven’t written much of anything about it either!

The story behind corned beef hash.

Corned beef hash likely started as a byproduct of one of the most commonly served meals of the colonial era. New England “Boiled Dinner” was essentially what is now called “corned beef and cabbage”—potatoes, cabbage, carrots or other winter vegetables boiled with pickled (corned) beef. The leftovers would be chopped and fried in a “hash.” The word “hash” probably comes from the French, hacher, meaning “to chop.” You can find “hash” made from pretty much any meat—pastrami is great, as is Montreal smoked meat. Red flannel hash has beets in it. I’ve seen it made with chorizo (see below), or even rabbit. I have a recipe for bacon hash in Zingerman’s Guide to Better Bacon.

Why our corned beef hash is so good!

Chicago Tribune food editor Bill Rice, who passed away in the spring of 2016, was an early supporter of what we were doing here at Zingerman’s. He wrote of corned beef hash, “I love the informality of hash!” Rice didn’t write about our versions of it when he put together that piece about us in 1991, but we were already cooking up corned beef hash at the Deli back then. When we opened the Roadhouse in September of 2003, we started making it there too. Given that the Deli isn’t open for breakfast in these challenging pandemic times, you can only get it at the Roadhouse right now. Corned beef, cubed potatoes, diced onion, pepper, celery; a bit of chicken broth, butter and flour; a snippet of dried sage, and plenty of that Tellicherry black pepper I’m often touting. Many folks get it with poached eggs on top, but—insider tip—it’s also really good topped with the Hollandaise sauce that we have on hand to make Eggs Benedict. Swing on by one morning and let us sling some of this tasty hash for you!

← Previous: Meet the Growers of Westside Farmers' market Next: Limeade Swordfish at the Roadhouse →