Chicken-Fried Steak Sandwich for lunch at the Roadhouse 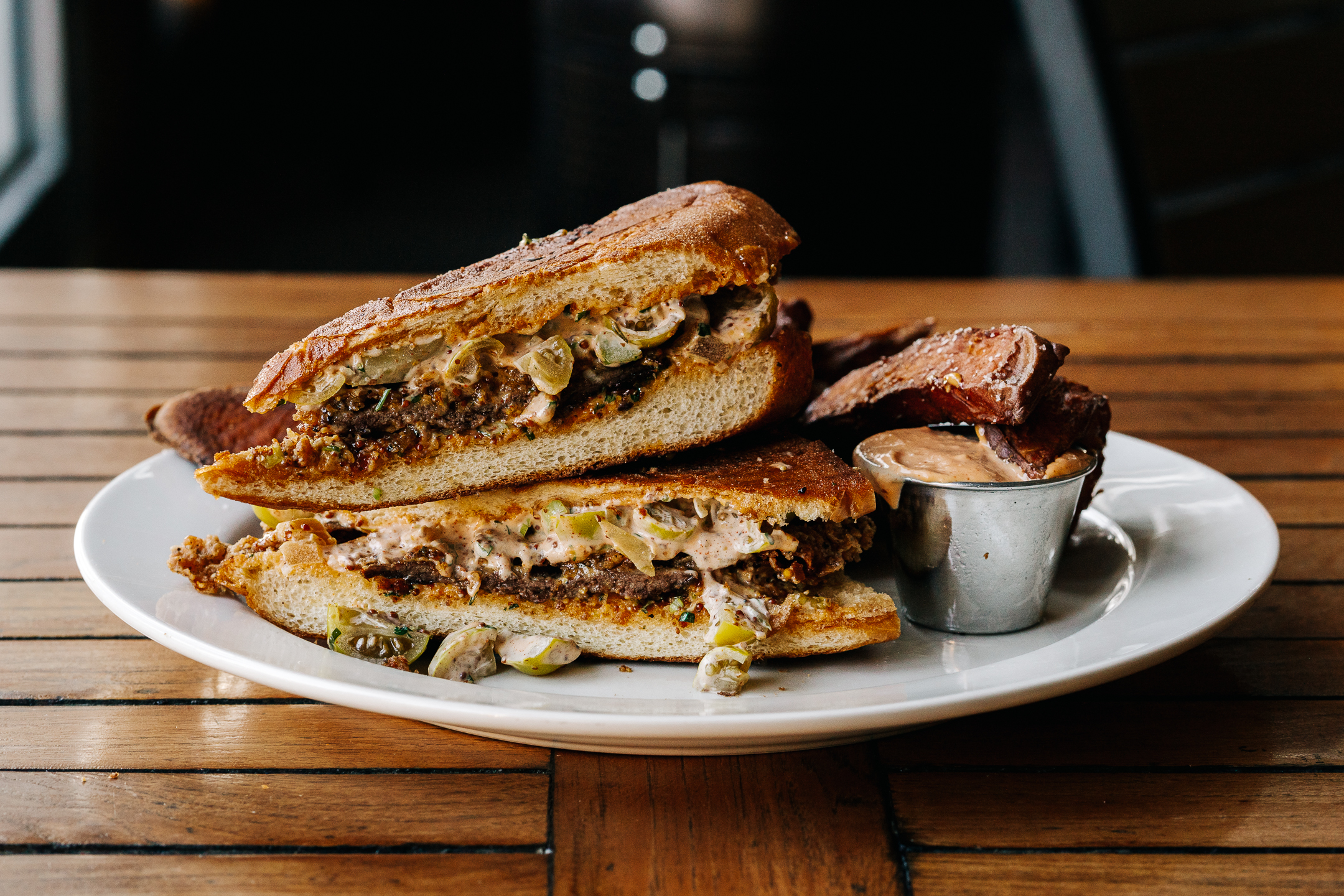 I don’t really eat lunch and I only rarely eat much meat, so I was caught by surprise when I sat down to sample this new sandwich that head chef Bob Bennett and Danny Merkel collaborated to come up with. Bob took Danny’s positive seed of a culinary idea and turned it into something really terrific. Chicken Fried Steak has long been a staple at dinner, but now they’ve turned into a darned scrumptious sandwich to serve on the lunch menu. It was so good on the first bite that, although I had no intention of eating more, I finished off half the sandwich in a matter of minutes!

The story behind Chicken Fried Steak.

Texas State history professor James McWilliams wrote that chicken-fried steak was, “a product of necessity and poverty.” I’ve heard that it came from the era in Texas when beef was cheaper than chicken—chicken fried steak was the poor person’s substitute! Beyond that, the prominent role of Germans and Austrians in settling Texas makes it likely that it has roots in the Central European tradition of Wiener Schnitzel—it’s not hard at all to imagine it as the frontier version of the upscale Austrian classic. The dish spread outward from Texas and, to this day, is popular up into Oklahoma, and really the rest of the South.

Why ours is so good.

At the Roadhouse, rather than using tough bits of otherwise unused beef, we work with the same pasture-raised, dry-aged, butchered-in-the-back-kitchen steak we serve on the menu. From there, like the now famous fried chicken, it’s bathed in buttermilk, dredged in flour seasoned with salt, red pepper, and a bunch of that (new crop) Tellicherry black pepper from India. Fresh from the fryer, the Chicken Fried Steak is served on a Bakehouse roll with a creamy spicy Creole remoulade and some housemade tart pickled green tomato relish. Come by this week to order one. It just might make your day the way it did mine!

← Previous: Eggnog Gelato from the Creamery Next: Cooking Pasta in Broth at Home to Push Past the Cold Weather →