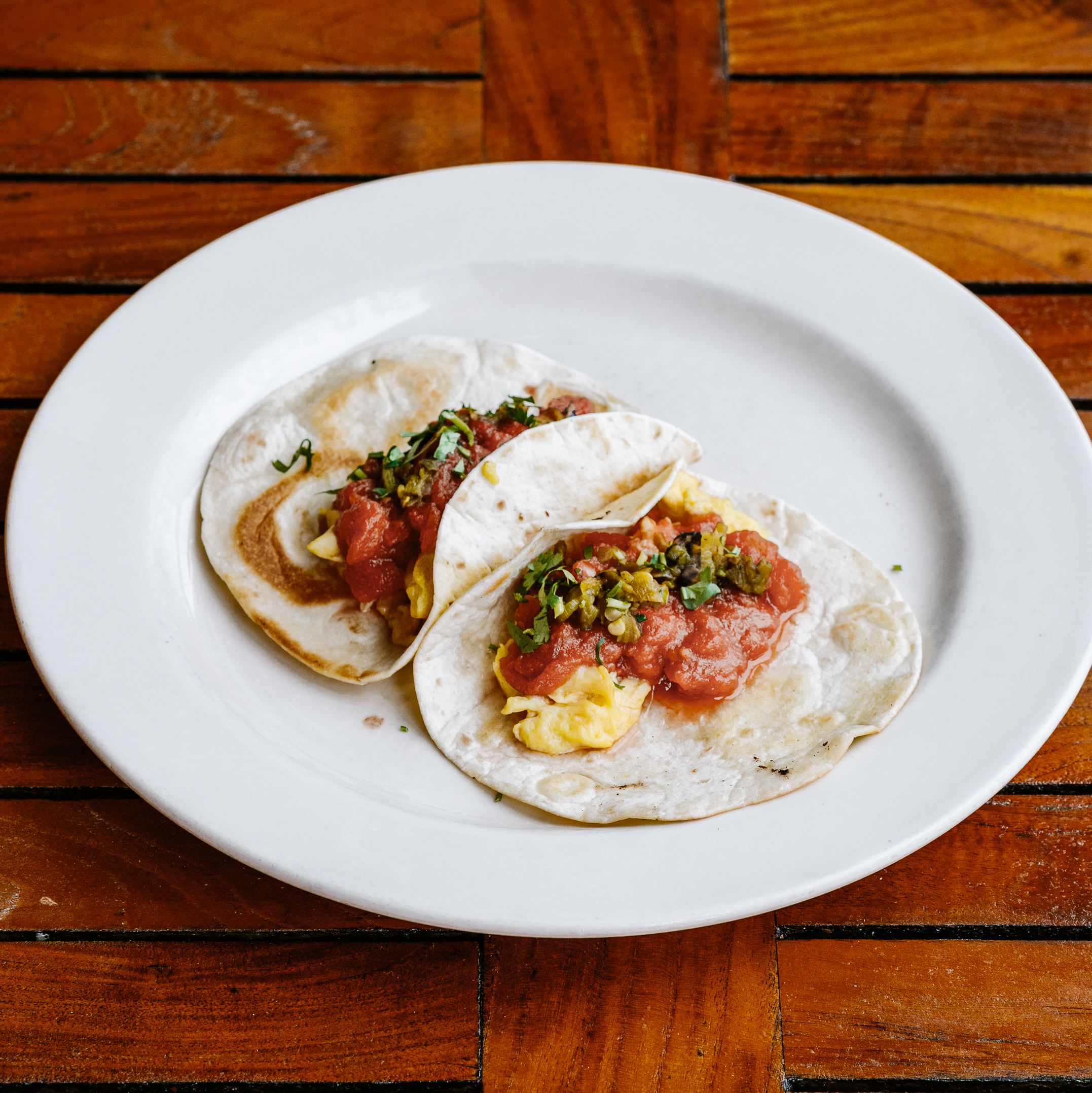 A taste of Texas on Ann Arbor’s Westside

For the last few years, we’ve been serving Texas tacos as the Thursday morning Blue Plate Special, but we’re so jazzed about them that they are now on the everyday breakfast menu! They’re already selling super well, and I’m excited about the possibilities for the future!

Like so many famous foods, the story of tacos is far more complicated than I’d ever imagined. And, like so much of history, it’s not what I would have thought. In an interview with the Smithsonian Magazine, Jeffrey Pilcher, author of Planet Taco: A Global History of Mexican Food, posits:

The origins of the taco are really unknown. … The first references in any sort of archive or dictionary come from the end of the 19th century. … So the taco is not necessarily this age-old cultural expression; it’s not a food that goes back to time immemorial.

Tacos in the U.S.? Pilcher says, “The first mention that I have seen is in 1905, in a newspaper. That’s a time when Mexican migrants are starting to come—working the mines and railroads…” Pilcher suggests tacos gained popularity when the children of the migrants who came in 1910 or 1920 started to advance economically. Tacos spread into Texas, Arizona, New Mexico, and California. Food writer Robb Walsh writes, “‘Breakfast tacos’ has that classic Tex-Mex formula, in that one word is English and one word is Spanish.” They seem to get more popular with each passing year. Food writer Matthew Sedacca says, “For Austinites of all backgrounds, this iconic breakfast has become a … go-to necessity. Armando Rayo, co-author of Austin Breakfast Tacos and the forthcoming The Tacos of Texas, says, “It’s our version of soul food: good for the soul.” In truth, food with Mexican origins was looked down upon until about the era that we opened the Deli in 1982. Clearly, that has turned around. While racism of course still sadly persists, the cuisine of Mexico has been widely accepted and woven into local Texas culinary culture. L.V. Anderson wrote in 2013, “Breakfast tacos are a peculiar culinary phenomenon. Despite being pretty much universally popular in Central Texas, and despite comprising accessible American ingredients like bacon and eggs (and despite being delicious), they still haven’t found much of a following beyond Texas’ borders.” Since the Roadhouse is all about regional American food, we’re gonna try to change that now! We have rotating offerings on the breakfast menu, all made with farm fresh eggs and really good local ingredients.

Swing by soon for a taco or two! As professor Pilcher says, “The thing about tacos is you always want another one.”