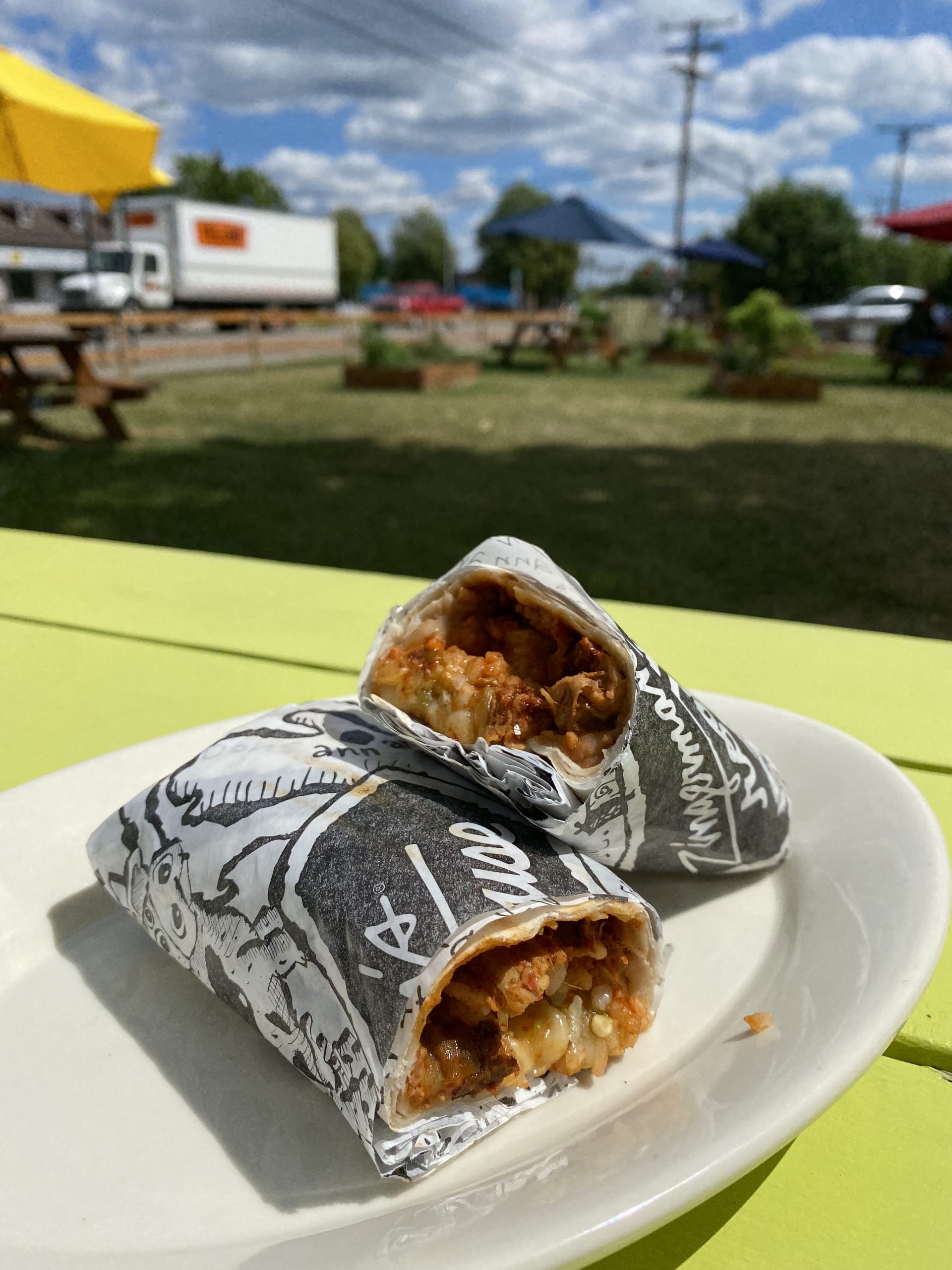 The super popular Diez Y Uno breakfast burrito from the Roadshow has won raves for years. It’s cousin, the Diez y Dos, is an equally delicious offering that’s designed to be well-suited for lunch or dinner!

What’s in the Diez y Dos?

As with most everything we do, the ingredient list is the core of the combination. The pork is from old breed, free-running Berkshire hogs, smoked over Michigan oak logs for about fifteen hours. The Monterey Jack is marvelous—from Vella Cheese in Sonoma, one of less than a handful of dairies that still make old-school Monterey Jack the way it was first made in the second half of the 19th century by Scottish immigrant David Jacks. Ninety-nine percent of “Monterey Jack” these days is mass-produced to keep costs down and is frequently made mostly as a way to quickly use up low-quality milk. The original recipe Monterey Jack, by contrast, is excellent: live cultures with a lovely creamy flavor. The green chiles are from New Mexico, near Santa Fe, where they’re picked early each autumn and then roasted over an open flame.

If you’re in a hurry, the Roadshow crew can generally make the burrito (or the other items on its menu) more quickly than we can make food off the regular menu when it’s busy inside the restaurant, so if you’re really hungry and/or in a hurry, the Diez y Dos is a really good way to go!

← Previous: Carolina Gold Rice Bowls from the Roadshow Next: Congratulations to Lisa Schultz! →