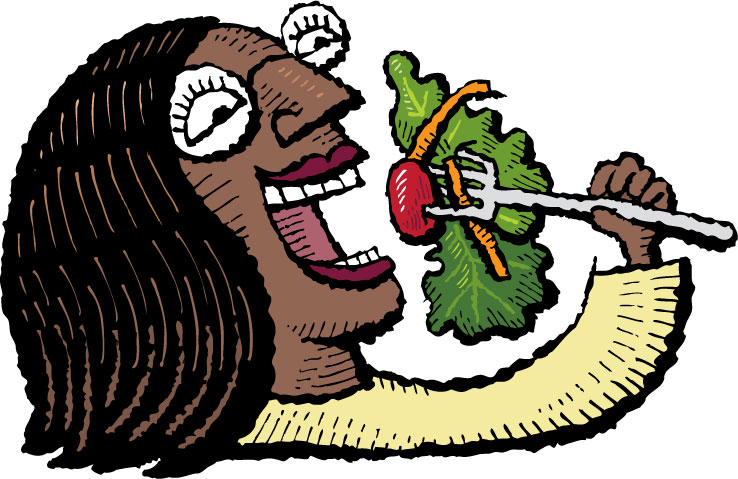 I’ve long been fascinated with this old time American salad dressing. Not sure why really—maybe it’s the name, maybe it’s that it has anchovies in it and I love anchovies. In any case, I’m convinced that Green Goddess Dressing one of the least known, most underrated American recipes, both at the Roadhouse and across the country, and I’m on the campaign to get the word out. Green Goddess is an American classic, and it’s really great stuff!

The most highly-regarded story about the dressing’s origins is set in San Francisco, at the Palace Hotel in the 1920s. The hotel’s executive chef sought a way to pay tribute to drama critic William Archer who penned the hit play The Green Goddess. He concocted this dressing, which, like the play, became a smashing success. At the Roadhouse, we make it from fresh avocados, Hellmann’s mayo, anchovies, scallions, fresh lemon juice, fresh lemon juice, garlic, fresh tarragon, parsley and extra virgin oil.

You can order Green Goddess on any of the Roadhouse salads, or buy it by the pint to take home and have on hand—it a whole heck of a lot tastier than the bottled version they sell in the supermarket.

← Previous: A Mess of Greens Next: Sorghum Syrup and Biscuits →