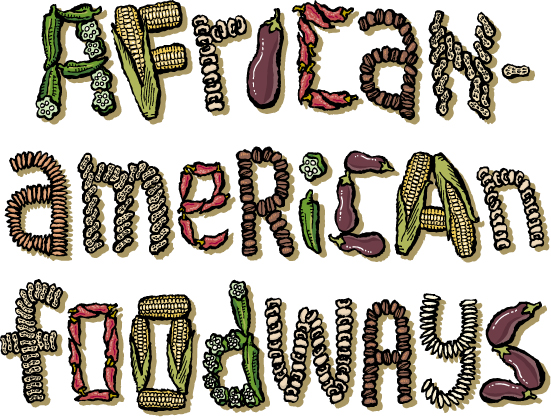 I met Adrian through the Southern Foodways Alliance (an organization dedicated to preserving and promoting the diverse food cultures of the American South), and over the years he has been invaluable to me in my efforts to learn more about the influence of African Americans in this country’s culinary history and he’s also a really great guy. He former Special Assistant to President Clinton and is currently Senior Policy Analyst to Colorado Governor Bill Ritter, Jr. More importantly (maybe) for this piece, his passion for food leads him to spend his free time as a certified barbecue judge for the Kansas City Barbecue Society and as a board member for the Southern Foodways Alliance. He’s currently writing a history of soul food in America. We’re thrilled to have him as our special guest at our January 21 dinner at the Roadhouse so we sat down to talk about food, politics, and White House cheeseburgers.

Ari: You’ve been studying African American cooking and eating for quite a while now. What are some of the big themes that have struck you?
Adrian: The first theme is creativity. It’s been amazing to learn how Africans used familiar and foreign ingredients to forge several fusion cuisines in the Americas. The second is artistry. Throughout our nation’s history, African American cooks have been lauded for their culinary skill in a variety of contexts: restaurateurs, chefs, caterers, private family cooks, hired out cooks and street vendors to name a few. By the late 1800s, many American gourmands boasted that the culinary talent of African American cooks rivaled, if not excelled, those of French chefs. I haven’t been able to determine whether or not these gourmands argued with their mouths full of food.

Ari: What are the biggest surprises?
Adrian: My research has turned up several surprises, a couple of which I’ll mention. First, I’ve learned that enslaved West Africans did far more to recreate home through the foods they ate. Sure they often had different ingredients, but those enslaved cooks figured out ways to substitute New World ingredients into familiar dishes. That’s why so many plantation dishes are remarkably similar to meals prepared in West Africa.

Another surprise is the extent to which African American cooking has evolved in ways very similar to other immigrants. When immigrants settle in the U.S., they typically eat more meat, dairy, fats and sweets here than they did in their home country. This makes sense because immigrants tend to be more prosperous in their adopted country. For African Americans, that prosperity, and corresponding dietary changes, came after Emancipation when African Americans migrated from the home “country,” the rural South, to their adopted “country,” urban centers in the North and the South.

Second, and related to the first, African American cooking has shaped at least four regional cuisines in the U.S.: the Chesapeake Bay area; the Lowcountry region stretching from southern North Carolina along the Atlantic Coast to northern Florida; the lower Mississippi Delta region which includes Cajun country and New Orleans creoles; and a broad swath of the interior, rural areas of Georgia, Alabama and Mississippi, commonly nicknamed “The Black Belt” or “The Cotton Belt.” I believe that what we call “soul food” strongly represents the inherited cooking practices of the rural interior areas of the American South, not the coastlines.

Third, African American cooking can be healthy. This is shocking to those who think of African American cooking as boiling some food for hours and then deep frying it before serving. For centuries, African American cuisines were mainly based on a wide variety of vegetables and seafood—as they have been in West Africa. It is only in the last one hundred years, as African Americans moved to the cities that soul food has “gone bad.” As I mentioned earlier, African Americans became more prosperous and could afford more meat, fatty foods and sweets. Thus, foods that were for special occasions in the rural South became more commonplace in the city. However, city life brought a more sedentary lifestyle and over time the health problems associated with diet emerged. It’s interesting to see African American cooking now re-invent itself as cooks try to carry on culinary traditions while cutting back on the fat and sugar intake.

“Comfort food” best describes the second line of cooking. This was the way Presidents ate in private. Because we’ve had so many southerners as Presidents, there have been a lot of African Americans in the White House kitchen. Some were free, but most were enslaved cooks brought from their master’s plantation—the slave master being the President of the United States. There are many historical references where presidents said they preferred the comfort food to the fancy meals.

On the campaign trail, we are going to talk about barbecue. Many scholars argue that 1840 matchup of William Henry Harrison against Martin Van Buren was probably the first modern presidential campaign. It was “modern” in that the issues didn’t really seem to matter and the electorate was dazzled by campaign songs, political spin and massive barbecues where thousands attended and politicians spoke…for hours without a microphone!

Ari: Who were some of the key figures in the history of African Americans in the White House?
Adrian: We’ll learn about Samuel Fraunces, a free, West Indian immigrant of color, who was George Washington’s steward and literally nourished the American Revolution and Washington’s fledgling presidency. We’ll also hear about Hercules, the enslaved cook who Washington cherished. Then there’s James Hemings, the brother of the more notable Sally Hemings. Thomas Jefferson brought Hemings with him to France and had him trained in French cooking. We’ll learn more about his story and his recipes. We’ll also hear about Dolly Johnson, a famous Kentucky cook who worked for President Benjamin Harrison. President Cleveland fired her, and then tried to rehire her—she declined to come back. There’s also Vietta Garr, the Truman’s family cook. She too had a short stint at the White House, only to return because the President begged her to come back. We’ll end with a look at Zephyr Wright, the last true family cook to grace the White House kitchen under Lyndon Baines Johnson.

Ari: I know you’re writing a history of soul food. How’s it going?
Adrian: After eight years of research, things are going extremely well and I can actually see the Published Land, I mean the Promised Land. I’m finishing a couple of sample chapters, and then I’ll start looking for literary agents or I’ll go straight to a publisher. The Internet has been the biggest treasure trove for me. As more and more old resources are digitized and made available, the more I learn about what the world was like for African American cooks in the 18th and 19th centuries. I think I could spend the rest of my life happily doing research, but at some point that would be considered really pathetic.

Ari: How do you see soul food fitting into the White House world?
Adrian: With so many slave-owning southerners having served as president, soul food is an indelible part of the White House’s edible history. A lot of the cooking would best be described as “southern,” but there are many accounts of presidents eating things like roasted opossum and sweet potatoes. Rest assured, nothing says soul like “possum n’ taters!”

Ari: What are your hopes for the kitchen in the new Obama White House?
Adrian: I have several hopes. First, when it comes to public dining events like state dinners I hope the Obama White House will use it as a platform to celebrate and showcase America’s regional cuisines. I hope there will be more transparency such as digitizing the menus so that we can all learn more about our country’s bounty.

Second, I hope the Obamas recognize the power of food to bridge the artificial divides we have in our society. In my work with the Southern Foodways Alliance, and my experience as a barbecue judge, I’ve connected with people in ways I never would have expected. Being post-partisan will help a great deal, but as for the Obama’s private dining, I hope they will get some privacy. I mean, look at all of the attention paid to their choice of a puppy! We’re a food-obsessed society, and many will want to know what the Obamas are eating, but I think we should lay off. However, I will offer some unsolicited advice to Malia and Sasha—the White House Mess makes a glorious cheeseburger!