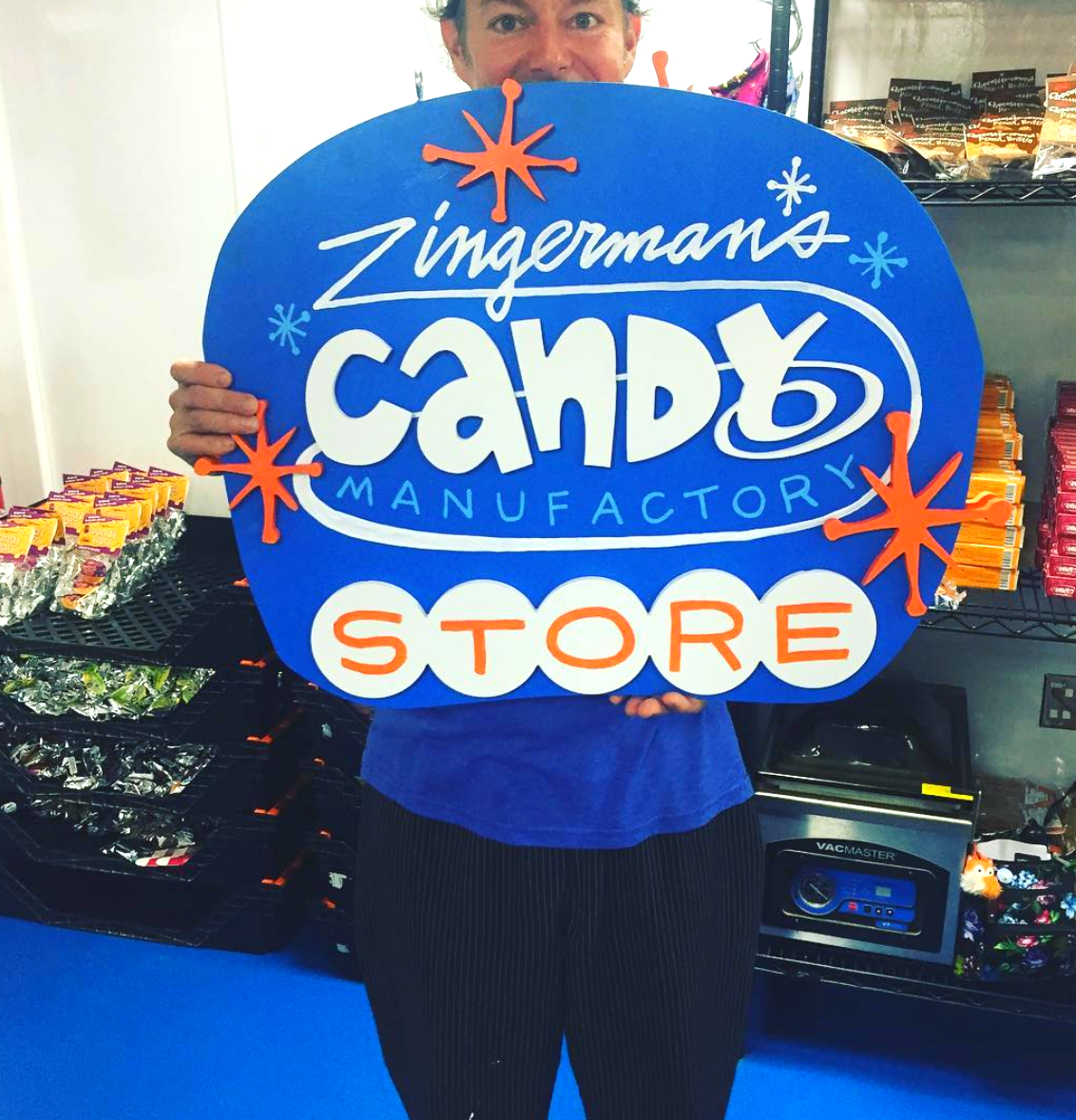 Ten years later—how sweet it is!

One hundred and seventeen years ago this month, Rocco Disderide opened up his new grocery shop at the corner of Detroit and Kingsley streets. Ann Arbor at the time had a population of about 15,000, and Disderide’s store was located on the recently-installed trolley line, which ran from downtown to the train station on Depot St. (For more on Mr. Disderide and the history of the building, see the Preface in Part 4, The Power of Beliefs in Business.) Disderide’s shop sold all manner of goods, from savory grocery staples to two-cent, too-good-to-pass-up sweets. It’s not unlikely that he stocked a popular American confection of the era. It had been developed by brothers Oliver and Daniel Chase, inventors of the original Necco Wafers (back in 1847, when Daniel invented the first candy cutting machine). In 1866, after the end of the Civil War, they figured out how to print messages on their hard candy discs. The new inventions were called “Conversation Candies,” and they quickly became a prime form of social media and a confectionary contribution to the late-19th-century dating scene. I can imagine young neighborhood folks popping in to buy some at Disderide’s. Sales would have really ramped up, six months or so later, in February of 1903 when Rocco was able to introduce the new format—for Valentine’s Day in 1902, Conversation Candies had come out in the heart shapes we still know today, and they were all the rage!

Fast forwarding a century, Charlie Frank was working at the Bakehouse. Like Oliver Chase, Charlie had an idea, and like Chase, he chose to follow up on it. He started handcrafting candy bars in the back of the Bakehouse’s pastry kitchen in 2000. In 2009 the Candy Manufactory gained formal recognition within the Zingerman’s Community of Businesses. Ten years later, the Zzang® Bar is a staple of Zingerman’s eating. If you like high-quality confectionary, the candy bar is for you! Homemade peanut butter and honey nougat and a Muscovado brown sugar caramel, tossed with big, butter-roasted Virginia Runner peanuts and a teeny touch of sea salt, all dipped into delicious dark chocolate.

Next week marks the tenth anniversary of the formal kickoff of Zingerman’s Candy Manufactory. The classic Zzang® bar has evolved into a whole line of candy bars, brittles, and other creative confections, which we wholesale to shops around the country and retail here at our own spots as well. As of two years ago, we even have our own tiny, 100-square foot, chocolate-box of a shop that stocks over 200 different chocolates, candies, and other fascinating confectionaries. The Zzang®, Cashew Cow® and Cashew Brittle from the Candy Manufactory, to name a few. Chocolate bars from Missouri, Dubai, North Carolina, and California. Licorice from Sweden and Denmark. Gummies from Ohio. Toffee from California. Fruit jellies from France. Marzipan from Michigan. And on and on!

To celebrate the anniversary, the Candy Manufactory is going wild! This Saturday they’re having a host of activities out on Plaza Drive at the shop. Come to our candy store on that day to see candy making through our window into the kitchen, enjoy samples of our delicious handmade treats, and also from Marzipops Marzipan and Coco Doro Chocolate. Plus, 10% of the day’s proceeds will be donated to Mott’s Children’s Hospital. And…

Oh yeah, there’s a big candy jar in the store right now—come by and guess how many bars are in it for a chance to win the whole jar!

Candy and generosity, it seems, are in our organizational blood and in our original building. In his great book, View of a Universe, about the history of Ann Arbor, Milo Ryan wrote about living in the Kerrytown neighborhood back when he was a kid. Of course, he went to Disderides. “More than once,” Ryan writes, Mr. Disderide “would slip in a jawbreaker or a piece of peanut brittle into the stack of groceries, or hand it to us with the change.” Kudos and congrats to Charlie and everyone at the Candy Manufactory for making Ann Arbor a bit sweeter of a place to be! Rocco Disderide, I’m pretty sure, would be proud!