Excellent Crawfish Étouffée at the Roadhouse 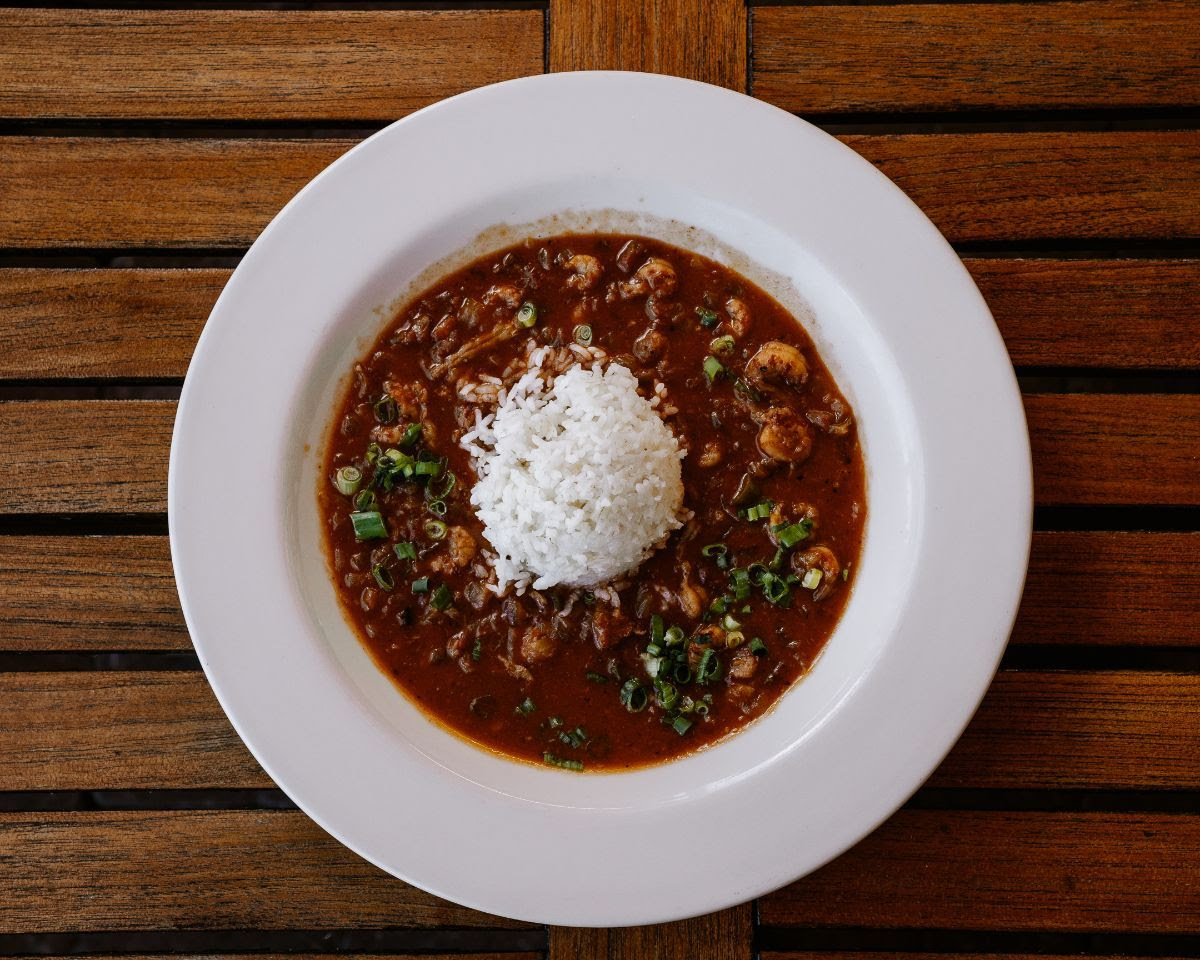 A taste of Cajun cooking on Ann Arbor’s Westside

One of our tastier specials is a Crawfish Étouffée that head chef Bob Bennett has put together. While gumbo and jambalaya get more attention around here, étouffée is an equally important member of the Cajun and Creole culinary tradition of stew-like dishes.

History books say that Crawfish Étouffée was created in the 1920s in the Louisiana town of Breaux Bridge in St. Martin’s Parish, about a two-hour drive west of New Orleans, and a bit to the east of Lafayette (check out Lucinda Williams’ painfully lovely song of the same name). Chances are that something of the sort was being made by Cajun cooks long before that, but the Herbert Hotel is historically acknowledged as the first to make it. A hundred years later, the dish is a staple of Cajun cooking.

The history of Cajun culture.

Cajun people come originally from what is now Eastern Canada and Maine. Acadia was the European name given to the region, and the colonists who lived there were known in French as les Cadjins or les Cadiens. Many fled the region after the Seven Years War—French settlers were given 18 months to leave the territory. The deportation of the Acadians from these areas, beginning in 1755, has become known as the Great Upheaval, or in French, Le Grand Dérangement. Colonists, who had taken the land they farmed from native Mi’Kmaq peoples, were in turn forced off their farms. Eighty percent of the 14,000 settlers were deported, and roughly a third of them died during their move. In one of the not-uncommon manifestations of bias in the way history is framed, the taking of the land from the Mi’Kmaq was considered perfectly fine, but the deportation of the Acadians came to be framed as a “crime against humanity.” Seeking a safe place to practice Catholicism, many Acadians fled to what was still French territory in what is now Louisiana. Two-hundred-fifty years later, most of the world now knows Cajun culture for its cooking and music. Gumbo, jambalaya, étouffée, and other dishes are staples of the region.

If you don’t know crawfish well, they’re small freshwater crustaceans that look a lot like little lobsters. They’re variously known by a lovely poetic list of names: craydids, crawdaddies, crawdads, mountain lobsters, rock lobsters (the name of the old B-52s hit), yabbies, mudbugs, or baybugs. The Breaux Bridge Crawfish Festival is held each spring in the first week of May. Book now if you want to head down that way next year—it’ll be May 5-7. It’s a whole weekend of Cajun music, dancing, and cooking with crawfish. It includes a competitive crawfish étouffée cookoff. Right now, the Roadhouse is having its own mini-crawfish celebration by serving up this excellent étouffée! As one frequent diner told me the other evening, “I eat a lot of étouffée, and I can never find it up here! This is a really good one!!” He cleaned his bowl and told me again on the way out just how darned good it was. I agree. I was compelled to bring some home for dinner on Sunday!

Why our Étouffée is so good!

Étouffée, in French, means “smothered”—in this case, it’s Louisiana crawfish tails, smothered in a “tomato gravy” (flour-thickened tomato sauce, seasoned with sautéed celery, peppers, and onions with a splash of Tabasco), and served with a scoop of that amazing organic, heirloom Carolina Gold rice that’s such an important culinary story on its own (featured last year on Peabody Award-winning High on the Hog hosted by Stephen Satterfield—if you’re in the Roadhouse, you can see a poster of Stephen). The étouffée has a terrific complexity, balance, and a long, pleasingly spicy heat in the finish. I always add extra Tabasco at the table because I like it particularly hot. A delicious bowl of culinary history, one that brings historical sadness together with a good bit of full-flavored, joyful eating!