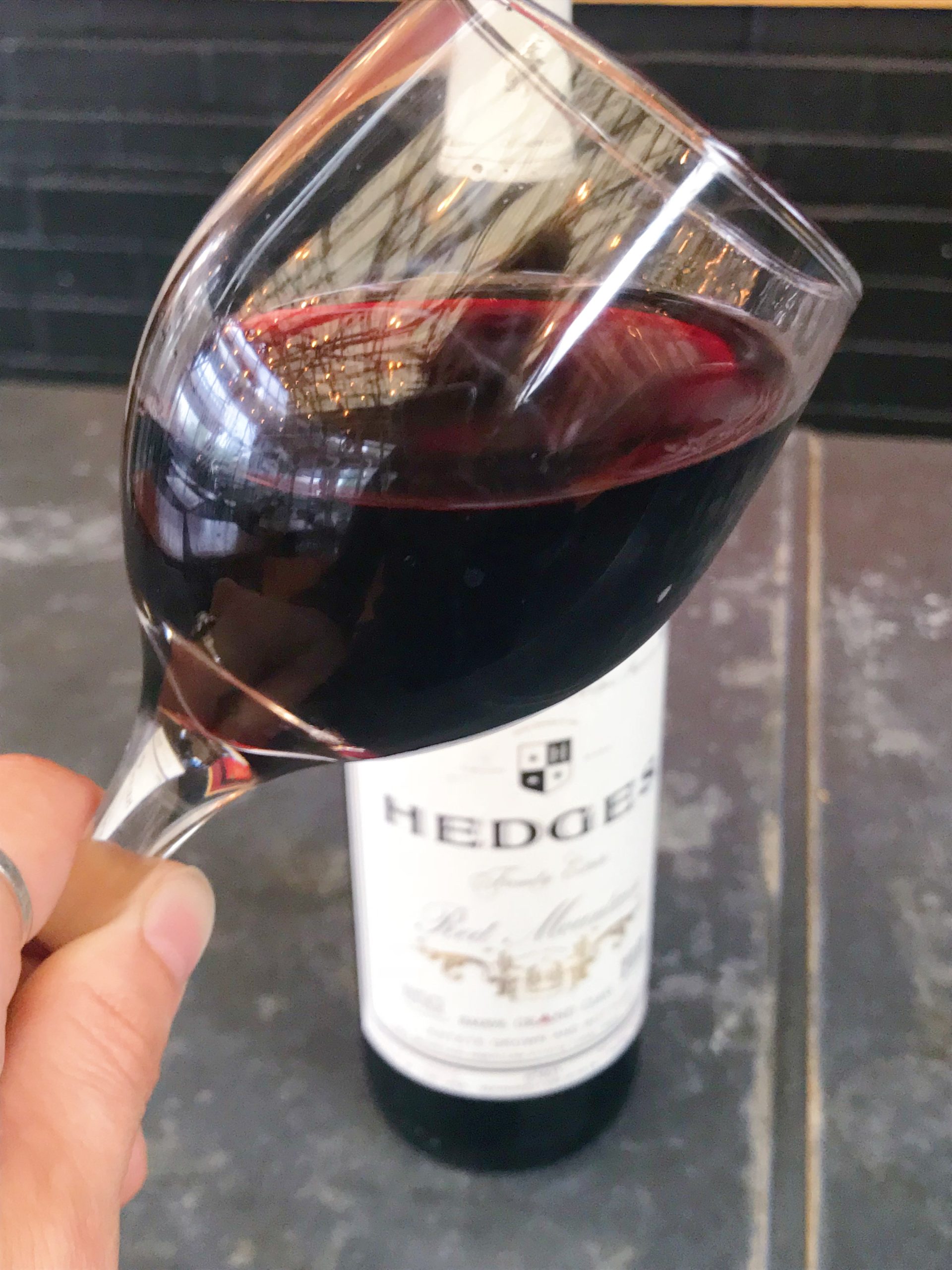 Sip one of the most sought after wines in Washington State. 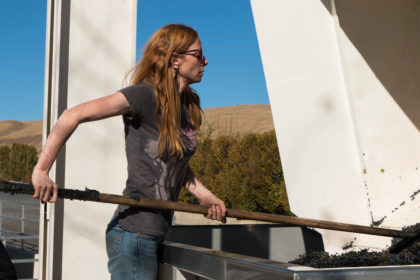 The Roadhouse is excited to keep discovering winemakers throughout the U.S. who round out our focus on women and minorities in the biz. There is something really special about the wines they produce! Our latest new favorite is a Cabernet blend from Hedges Family Estate in Red Mountain, produced by head winemaker Sarah Hedges Goedhart. The wine is a beautiful, lush expression of one of the most uniquely distinctive appellations in the country, and we are thrilled to have it on our list.

Located in Columbia Valley, Washington, Red Mountain started to develop its fertile slopes about 18,000 years ago, as glacial floods left behind gravelly deposits. The Missoula floods over the last 10,000 years have deposited a windblown silt creating dunes, and the resulting heterogeneous layers have created a terroir that is vastly different than those in the surrounding area.

The grapes are small, with highly concentrated flavor and complex identities, and their thick skins provide resistance against an extreme climate. With an average yearly rainfall of about 5 inches and direct sunlight on the southwest facing slope, the area is considered a desert climate, boasting high temperatures during the day. Cool winds from the north blow down the slopes and lower the temperature at night to preserve the acidity of the grapes. The combination of the interesting soil composition and the warmer temperatures contribute to complex characteristics in the Red Mountain grapes, creating some of the most sought after wines on the West Coast. 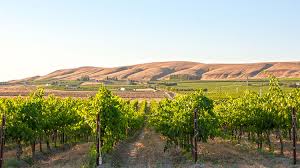 Tom and Ann-Marie Hedges started their winery in 1987 after Tom, a produce exporter, was asked to create a red table wine to sell in Sweden. Their daughter, Sarah Hedges Goedhart, is now head winemaker of Hedges Cellars, but she worked hard for the role. Her mother is from Champagne, so Sarah spent a great deal of time as a child around her relatives in French wine country. Wine was a huge part of her family’s culture, and she “…became fascinated by this liquid. A liquid that causes so much excitement, so much conversation and that has the power to dictate the entire evening.”

Even so, Sarah did not consider winemaking until after college. She then started working from the ground up as a “cellar rat” at Preston of Dry Creek in Sonoma. After taking an enology course at Washington State University, Sarah was able to step into the position of assistant winemaker at her family’s estate. For 8 years she worked as an assistant before she replaced her uncle as head winemaker, and 2015 brought her first harvest in a role she is honored to fulfill.

Considered one of the country’s greatest meritage producers, Hedges uses biodynamic farming on their vineyards to produce 4 different Cabernet blends. Similar to organic farming, biodynamic farming avoids the use of artificial fertilizers and pesticides. Instead the land is farmed so that certain practices correlate with the timing of natural elements. Chickens are employed to eat predatory worms and insects, and they in turn provide natural fertilizers for the plants. The grapes are hand harvested, and no commercial yeast is used during the fermentation process.

Sarah embraces the practice. “Hang out with your grapes!”, she recommends. “Be humble and know you are just an observer of this complex world of yeast, bacteria, proteins, and chemical reactions. I pay close attention through observation and taste, but I allow what wants to happen naturally just happen. I think this produces wines that express not only the place where they are from but also the vintage. We are telling the story of each year at our estate through our wines.” 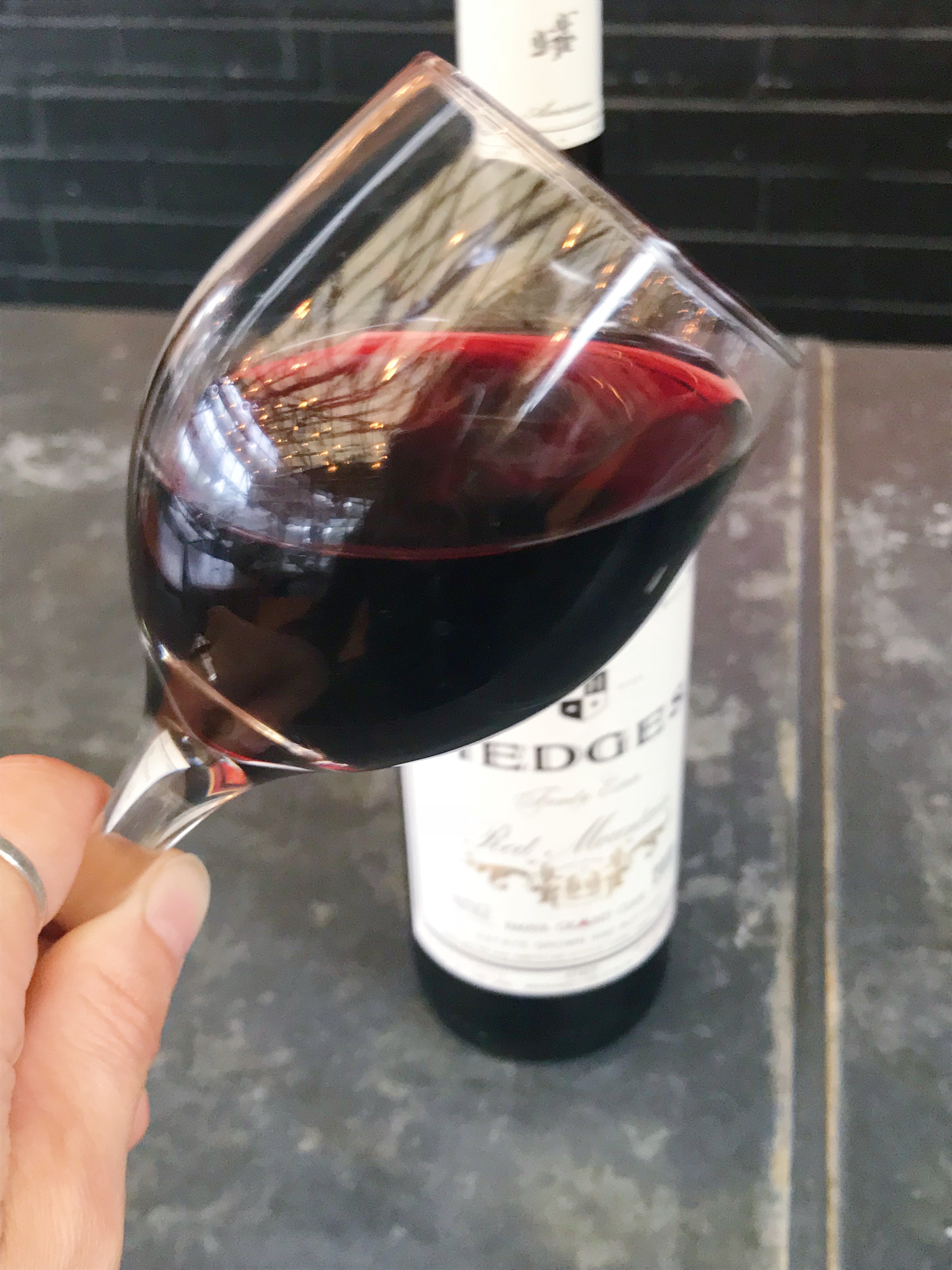 Their stories feature powerful Cabernet-focused wines with big structure that are full expressions of the land that produced them. They are less fruit driven than other Cabs in the state, but the unique terroir produces bold berry flavors with layered earthy qualities. The wine we’ve brought in from Hedges, The Hedges Family Estate Red Mountain Cabernet Blend 2013, is made from grapes grown on three of their vineyards, including 59% Cabernet Sauvignon 28% Merlot 5% Cabernet Franc 4% Malbec 2% Syrah 2% Petit Verdot.

A dark purple-black color, it gives aromas of dark raspberry, blackberry fruit, dried herbs, nutmeg and a touch of cinnamon. Playful hints of gingerbread, cardamom and dusty earth reveal themselves on the nose as well. In the mouth this wine is full, slightly sweet, and tart with just a hint of tannin on the finish. Our wine expert Felipe Diaz recommends this beauty with grilled salmon or swordfish, our burger, any farro dish, or a wood-fired steak.

Check out our specials to find out what you will eat with this wine!