A Guide to Good Grits 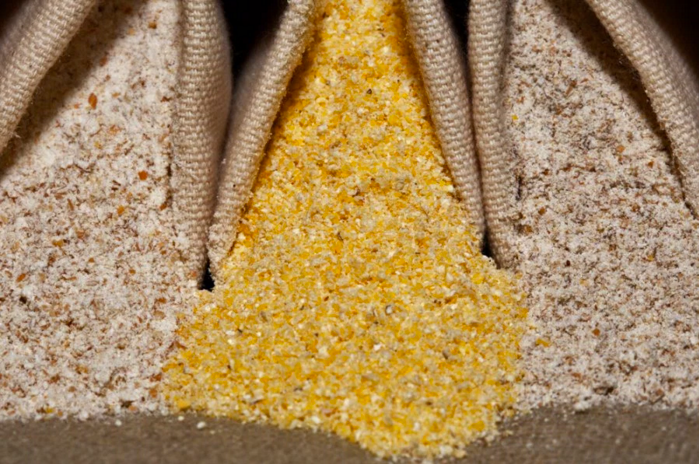 Most of us have tried grits at one point or another.  And most of us who have weren’t blown away by the store-bought instant stuff. Growing up, I would order them with my eggs only as a place-holder for hot sauce. Otherwise, there was no appeal to the watered-down white paste that tasted like cardboard.

When I mention grits now to anyone who hasn’t tried them at the Roadhouse, the reaction is often the same. People are polite, and say they are not a fan. They might mention that they haven’t really tried good grits before. And how much thought to we give to grits in the Midwest, honestly? They are a southern staple, so not necessarily one we are going to miss on our breakfast plates should we opt for potatoes instead.

So what’s the big deal about grits? Why do we keep talking about them? Why do they get their own food holiday (the countdown to September 2nd is on!)? If you’ve tried the Anson Mills’ grits at the Roadhouse, you’d understand. If you haven’t, and you are not sure if you like them, you’ve been trying the wrong kind of grits. So, how do you find good grits? We are here to help.

Lots of flavor for starters. Grits should have a luscious, buttery corn flavor that deepens on your palate. But how do you know if the grits are going to have that? Here is a guide for what to look for or what to know about your grits before you eat them:

1. It all starts with the corn. There are certain varieties that lend themselves well to milling grits and producing that intense flavor we are looking for. Anson Mills uses heirloom varieties called Carolina Gourdseed White or John Haulk Yellow dent corn. They are left on the stalk until fully ripe, allowing the flavor to develop, instead of being dumped in a dusty silo.

2. How is it milled? The way the corn is processed makes a huge difference as well. If they are milled at a lower temperature, the flavor is much more intact. Anson Mills keeps the ambient temperature and the milling stones at 55 degrees. Speaking of, good grits are stone ground with the germ left partially intact. The germ imparts a ton of flavor. Much like instant oatmeal, the grits we often buy at the store are steel rolled. They are steamed first to release the husk and the germ. The heat and the rolling process squeeze out nearly all the flavor from the grits.

3.  The cooking process. If the grits are stone ground, they will take on a coarser texture, which offers a better mouth feel. The texture will mellow out into a layers of creamy goodness, but the kernels stay intact and support additional ingredients. The key to keeping the integrity of the kernels is a slower cooking method, typically 1-2 hours. It allows the grits to slowly bloom and absorb liquid, but not become soggy. Instant grits are often mushy and runny by contrast, and don’t stand up well in a dish.

4. The preparation. Really good grits should be able to stand on their own. But there are certain ingredients that will enhance them, too. One can never go wrong with butter and a touch of salt and coarsely ground pepper. Can you say buttered popcorn? It’s a simple delight. Cheese is a popular addition in the South, and at the Roadhouse we use Cabot white cheddar. It is mild, with just enough of a smoky nuttiness to enhance the corn flavor instead of masking it. If the grits are strong enough, you should be able to add a touch of your favorite veggies, herbs, or even chopped smoked bacon for fun, but not to fill a flavorless void.

They go a long way if you make them at home, but nothing makes us happier then making glorious grits for you at the Roadhouse. So stop on by, put down that bottle of Tobasco, and let each spoonful speak for itself.

Have you tried them in a waffle?

← Previous: Pecan Blondies from the Bakehouse Next: How to Order Artisan Cheese Flights at the Roadhouse →