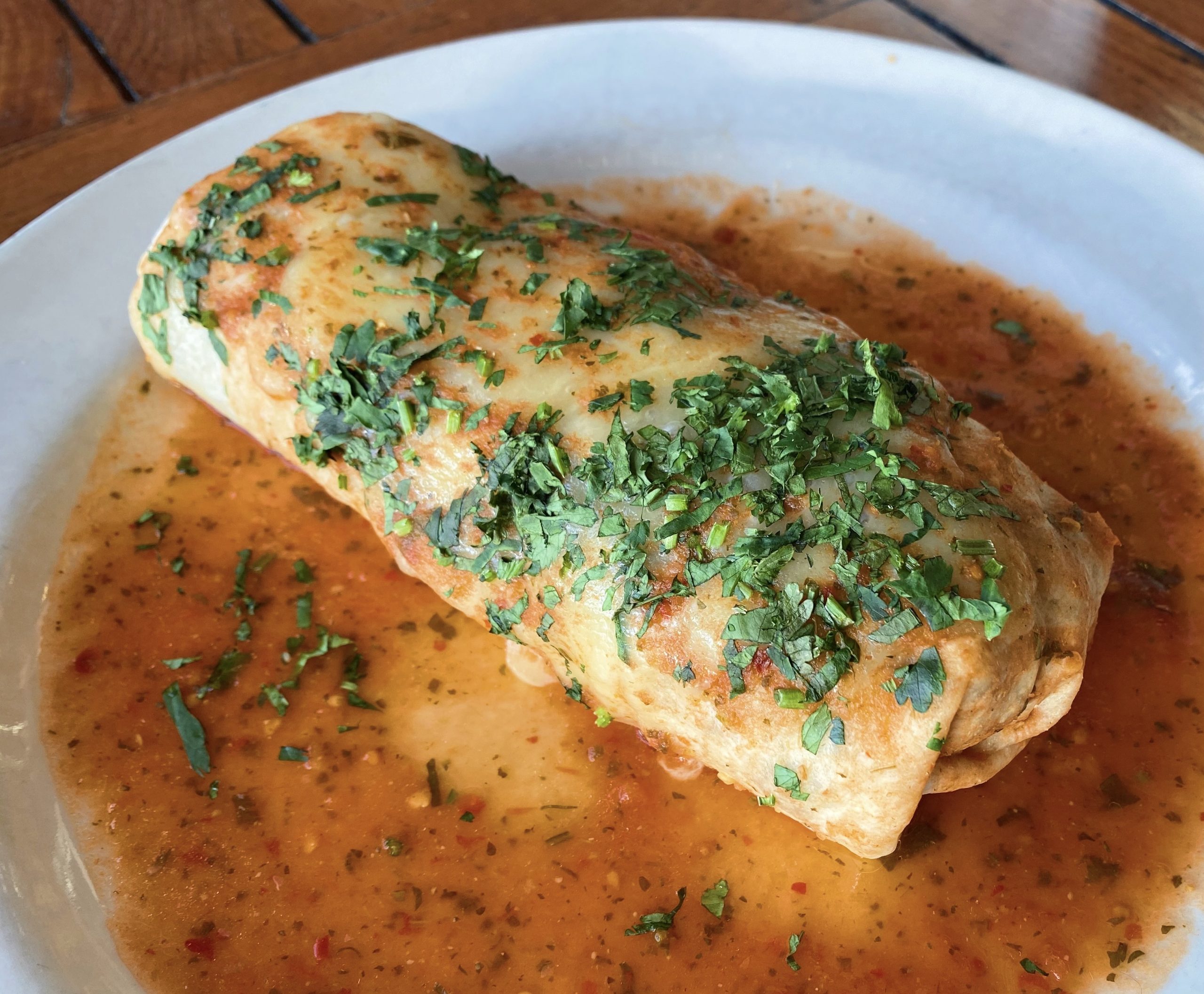 The Friday morning Blue Plate is one seriously awesome breakfast!

This one’s not new, but it remains a bit of a “zecret” to those who aren’t already in the Friday-morning-know! I realized I was doing a disservice to thousands of other breakfast burrito eaters by not spreading the word more widely. The bottom line on this smothered breakfast burrito is that it’s incredibly awesomely good! I don’t say that lightly. Just writing about it now has me wanting one! Seriously, there are folks who come by the Roadhouse for a smothered burrito every Friday morning just for this blue plate special!

Why the smothered burrito is so good!

What makes it so good? The smothered breakfast burrito is another example of combining a series of super-high-quality ingredients into one amazing assemblage. When you take a bite . . . the burrito leads with the nice liveliness from the cilantro, and a bit of spice from the Roadhouse’s Salsa Ranchero (chopped tomato, cilantro, cumin, coriander, New Mexico fire-roasted green chiles, and minced onion) that’s ladled over top. You bite through the feathery light flour tortilla into the fluffy scrambled eggs, then the great smoky softness of the pulled pork (Niman Ranch free-running hogs, smoked on the Roadhouse pit over oak logs for about 15 hours), and then a generous bit of the milky mellow Monterey Jack from Ig Vella Cheese in Sonoma (one of only two or three dairies in the country that still make real Monterey Jack the old-fashioned way). It all comes together in this blend of creamy, slightly spicy, super smooth, savory goodness.

An ode to the smothered burrito.

One of the smothered breakfast burrito’s biggest fans is nationally-known poet, Ken Mikolowski. Given the overlay of two of his passions—poetry and this smoked pork-stuffed burrito—I asked him for a poem. Here is its world debut:

tasty when eaten
with relish

Come by Friday morning and have one for yourself!

Check our other breakfast blue plates!

← Previous: Smoked Ribeye from the Roadhouse Next: Family Day Trip to Zingerman's Roadhouse →