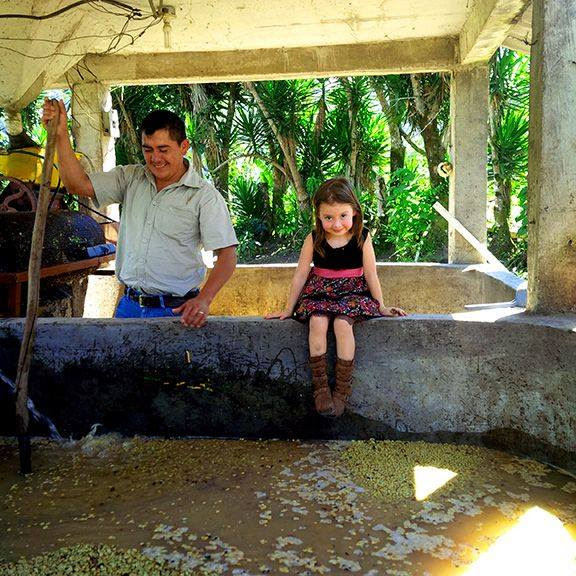 A University of Michigan student project pays delicious dividends a decade down the road.

It’s about ten years ago now that U of M alum Andrew Boyd approached me. He wanted to tell me about a new project he and some other recent graduates were getting into. Their idea was to work with quality-oriented coffee growers in Honduras to enable the farmers to sell their beans for a much higher price and free themselves from the mass market’s unmanageable price swings. By having us roast the coffee and sell it here at Zingerman’s, he suggested, we could bring it back home to Ann Arbor—whence this wonderful project originated. A decade down the road, I can confidently say the project with the company Andrew and his colleagues call Union Microfinanza is going strong. The Honduran coffee this year is better than ever—right now it’s featured as the Coffee of the Month. The crew at the Coffee Company says it’s “floral and juicy, with notes of cocoa.” I agree. Add maybe a touch of toffee or toasted walnuts. And I’ll say too that the finish is cleaner and smoother than ever. I loved the clarity I got when it was brewed as a Chemex. As our partner at the Coffee Company, Steve Mangigian, shared, “It shows that when you work with the producer year after year, and when everyone is committed to quality, it gets better and better each year.”

The history of Honduras.

The land of the nation-state now known as Honduras has been inhabited for thousands of years by various native tribes, including a strong presence of Maya (the border to the north is Guatemala). Europeans arrived at the end of July 1502. Columbus named it Honduras, which means “depths,” for the deep waters of the harbor. Native tribes fought back against the Spanish for much of the 16th century and maintained a fair bit of freedom from European colonizers through the 17th century. In the 17th century, a number of Africans destined for enslavement escaped from slave ships that had wrecked on Honduras’ rocky Gulf coast. Many intermarried with native peoples and their descendants came to be known as the Miskito people. By the end of the 18th century, the Miskito kingdom was quite well established. They had an interesting and very egalitarian culture—Miskito kings sat on the throne, but all members of the kingdom were considered to be equal and the kings had very little power unless the kingdom was being attacked. In one of those seeming incongruities and complexities that make historical oversimplification inevitably ineffective, the Miskito often raided other territories and sold their captives to the English as slaves to be brought to work in the Caribbean sugar fields.

Coffee as a Honduran crop.

If you look at a map, you’ll find Honduras lies at about the midpoint of Central America, nestled nicely between Nicaragua to the east, Guatemala to the west, and El Salvador to the south. Coffee came to the area in the late 19th century, but since bananas remained the big colonial cash crop, coffee got little attention. Coffee for high-quality export really only started up in the years after we opened the Deli in 1982. Before that, the best Honduran beans were sold across the border and repacked as Guatemalan coffee in the same way that olive oil from North Africa was long shipped to Italy and re-packaged there.

A crew from the Coffee Company flew down to Honduras back in the winter of 2015 to visit. The farmer, Pablo Paz, won their hearts with his commitment to quality, his family’s five generations in coffee growing, and his interest in learning and continuous improvement. The crew shared: “Long before many folks in the specialty coffee world were paying a premium for high-quality beans or taking trips to remote areas of the world to source rare and distinct micro-lots, growing fantastic coffee was just how the Paz family operated, and we’re so lucky to have developed a relationship with him.” Pablo’s farm is located in the hills outside the town of La Union, in the highlands, in the center of the country. The town is doing well, in great part thanks to the attention and income that comes from being a central point for high-quality coffee.

Pablo Paz’s Honduran beans brew up in what I would suggest is an exceptionally egalitarian cup—a set of more forward flavor notes for those who like their coffee on the bolder side, yet simultaneously soft enough for people like me who prefer their brew to be mellower. You can get Pablo Paz’s Honduran coffee at the Coffee Company, Deli, and Roadhouse! (If you’re by the Roadshow on Thursday mornings, pick up one of the new Thursday breakfast tacos to go!)

Take a look at all our Roadshow coffee drinks!